The total value of autos shipped overseas reached US$4.12 billion last month, up 4.1 percent from a year earlier, according to the data compiled by the Ministry of Trade, Industry and Energy.

But the number of exported vehicles dropped 5.1 percent on-year to 246,816 units last month.

The trade ministry said exports of electric and hybrid cars led the uptick in the value of outbound car shipments, as 14,907 green cars were sold overseas, surging 419 percent from a year earlier. 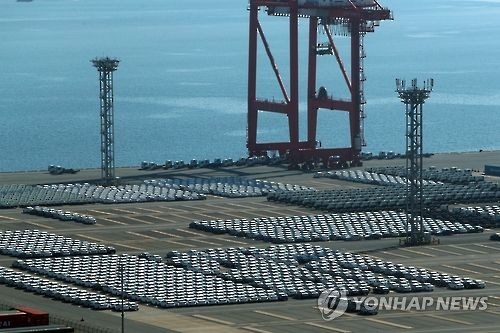