The Gwancheon branch of the National Museum of Modern and Contemporary Art (MMCA) will unveil the controversial painting in its upcoming exhibition "CRACKS in the Concrete" that shows artwork by 100 acclaimed Korean artists of the 20th century. It is first unveiled to media on Tuesday and will be to the public starting Wednesday.

The museum said it decided to exhibit the painting because it is its duty to show its collection and that many people wanted to see the controversial painting in person.

A little larger than an A4 paper in size, the painting has been at the center of one of the hottest forgery allegations in Korean art history.

Right after an exhibition by the MMCA in March 1991 -- the last time the painting was publicly displayed -- the artist declared it was not her work and was a fake. Since then, the painting has been kept in the museum's storage.

Since Chun died in 2015, the tit-for-tat between the bereaved family and the museum has intensified and the family sued six officials at the museum on charges of infringement of copyright laws and defamation.

In December, prosecutors dismissed the charges and ruled that the work is authentic. Chun's family protested and filed an appeal against the decision.

As the legal process is still going on, the decision to display the painting will invite backlash from the family. Lawyer Bae Geun-ja who represents the family previously warned of legal action if the MMCA pushed ahead with the exhibition. 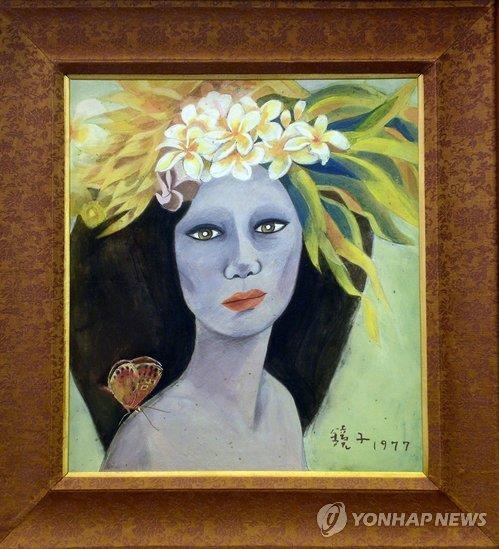