Industry watchers said the number of Galaxy S8s that were preordered, which ran from April 7-12, is estimated at 730,000 units, setting a new record by beating the 400,000 units reached by the ill-fated Galaxy Note 7 phablet last year.

The devices feature high resolution displays that bend on both ends and come with various innovative technologies, such as iris and face recognition scanners and a smart voice assistance program named Bixby.

Samsung, meanwhile, is expected to face hurdles in securing enough inventory to meet the record-beating preorders for the Galaxy S8 smartphones. The company also faced supply shortages last year when it sold the Galaxy Note 7, resulting in delayed shipments. 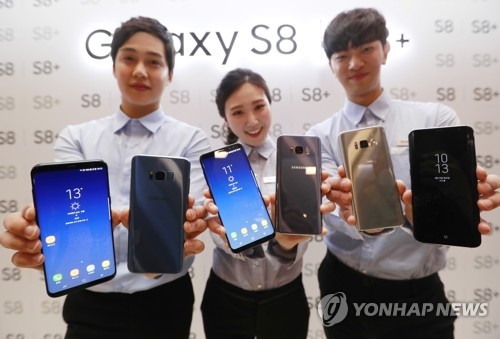 Galaxy S8 available for use ahead of official release

Galaxy S8 available for use ahead of official release