Offshore investors have purchased a net 16.5 trillion won (US$14.5 billion) worth of won-denominated bonds as of last Friday, raising their holdings to 99.3 trillion won.

During the first 15 days of this month, when concerns about North Korea rose, foreign investors bought 2.9 trillion won worth of South Korean bonds, according to the data.

Tensions between North Korea and the U.S. have risen in recent weeks as Pyongyang test-launched a series of ballistic missiles, prompting the U.S. to issue hawkish warnings against the North.

U.S. Vice President Mike Pence, who visited South Korea this week, warned North Korea that "all options are on the table" in dealing with Pyongyang's defiant pursuit of nuclear and missile programs. 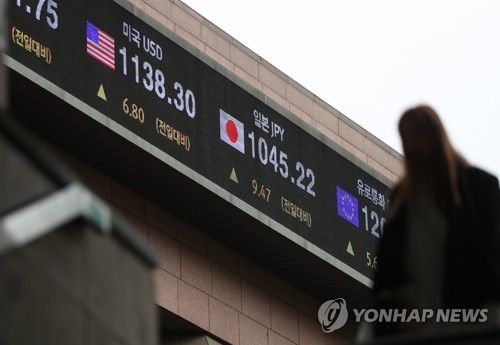