The 59-year-old dealer, identified only by his last name Kim, and the 57-year-old painter, surnamed Park, are accused of pocketing 1.9 billion won (US$1.67 million) by selling two pieces of fabricated works of Lee in 2013, according to the Seoul Central District Prosecutors' Office.

Kim's 46-year-old wife, identified only by her last name Koo, was also put on trial for her involvement in the alleged wrongdoings, prosecutors said.

A number of people have been indicted so far after local authorities launched an investigation into the forgery allegations. Police said they were tipped from the local art circle that counterfeits of Lee's signature paintings, such as "From Dots" and "From Lines" worth billions of won, had been circulated in galleries in Seoul's Insadong neighborhood from 2012 to 2013. 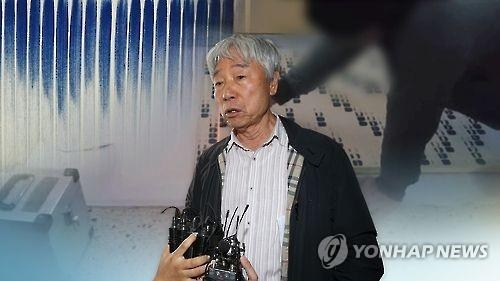