The former labor activist unveiled a two-stage plan to shorten the legal regular weekly work hours from the current 40 to 35 by 2025. 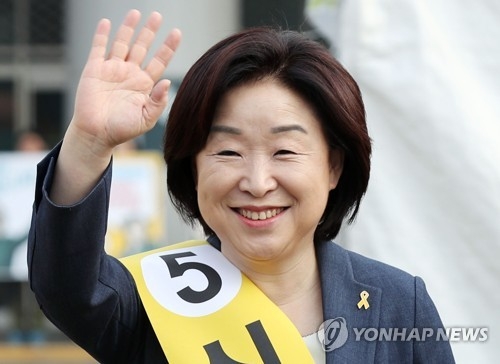 "In order to escape from our overworked society and enter the era of the fourth industrial revolution where people are respected, we must reduce working hours," she said during a press conference at the National Assembly.

The current law limits regular working hours to 40 per week and restricts overtime work to 12 hours. But the government actually permits up to 68 hours by excluding weekend work from overtime regulations.

Sim said in the first phase she would strictly enforce the 40-hour rule and abolish the enforcement guideline that allows for extended overtime.

"What allowed long working hours to persist was the labor ministry's interpretation (of the law) that excluded weekends from extended hours," she said.

In the second stage, Sim said she would introduce a system to allow employees to leave work at 5 p.m. starting in 2022 and establish a 35-hour working week by 2025.

The reduced work week will be a "realization of economic justice" and a "revolution in jobs," she claimed.

The candidate also promised to set up a special presidential committee to oversee the task of shortening working hours.

"There is no time to lose on establishing justice in working hours and removing the deep-rooted evils of long working hours," she said.

Sim's approval rating has hovered below 5 percent ahead of the May 9 election.