SEOUL, April 18 (Yonhap) -- Hyundai Motor Co. on Tuesday launched the "Extreme edition" of the Tucson sport-utility vehicle fitted with premium features as part of its effort to strengthen its lineup.

In terms of interior features, red-brown color leather seats and a black dashboard accent line add a premium look to the Extreme version of the Tuscon SUV, it said.

The Extreme Tucson mated with a six-speed automatic transmission sells at 29.3 million won (US$26,000) in the domestic market. Other 2.0-liter Tucson diesel models are priced at 24-30 million won depending on features. 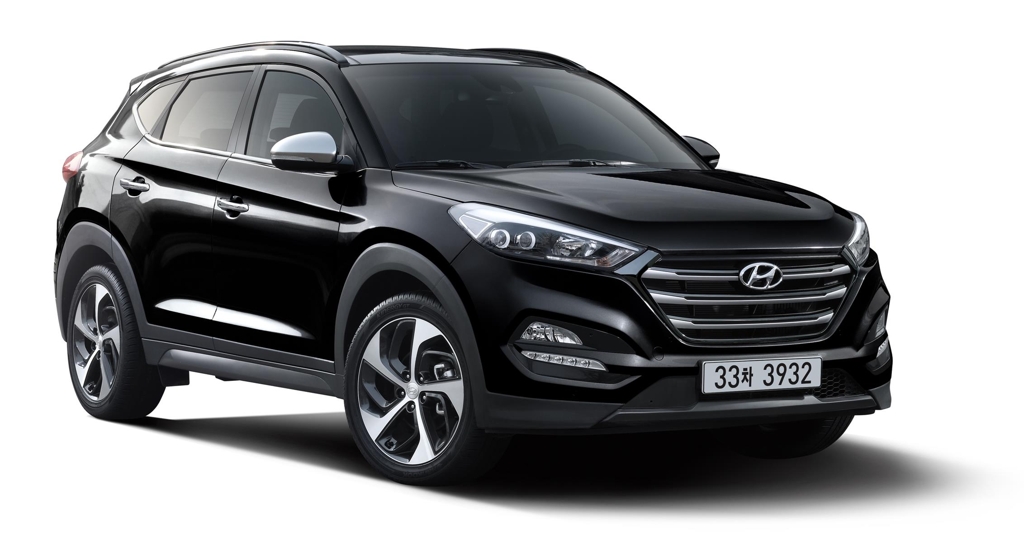 The regular face-lifted 2017 Tucson SUVs are fitted with a 1.7-liter diesel engine or 1.6-liter gasoline turbo engine. They are equipped with a seven-speed dual clutch transmission and are available in local dealerships for less than 28 million won.

Most of upgraded Tucson SUVs now carry an air filter capable of capturing ultra-fine particles and a safety unlocking system that allows the driver, with one press of the unlock button, to unlock only his or her door.

"We have yet to decide on whether to sell the 2017 Tucson and 2017 EQ900 in overseas markets," a company spokesman said.