(ATTN: RECASTS paras 2-4 to clarify the monthly allowance will be offered to all people aged 65+ instead of those in the lower 70 percent of the income bracket as revised by the presidential candidate and his party; UPDATES with minor changes; ADDS photo)

SEOUL, April 18 (Yonhap) -- Moon Jae-in, the presidential candidate of the liberal Democratic Party, vowed Tuesday to provide additional support for the elderly that will include increased monthly allowances and more jobs for people who are past the retirement age but still need to work.

It will mark a great increase from the 100,000 to 200,000 won a month currently offered to the elderly in the lower 70 percent of the income bracket.

In a summary of his top 10 election pledges submitted to the election watchdog, Moon had said the ratio of recipients will be maintained at 70 percent.

Speaking Tuesday to a group of elder citizens and his supporters in the southwestern city of Jeonju, Moon said the monthly allowances will be offered to all elders. 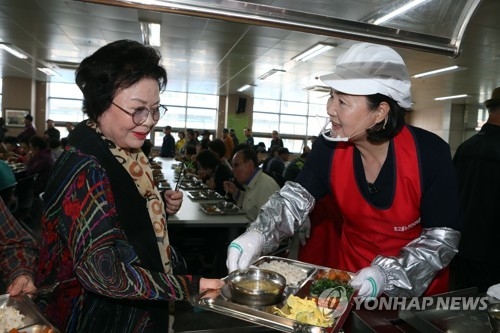 Moon said he will double the monthly wage for public jobs reserved for the elderly as part of a social welfare program to 400,000 won a month from the current 200,000 won.

The presidential front-runner earlier said he would double the number of such jobs to 800,000 from the current 430,000. 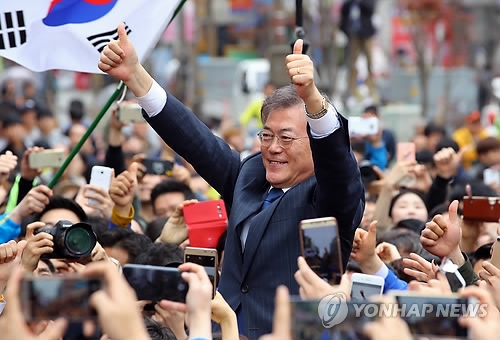