SEOUL, April 18 (Yonhap) -- South Korean businesses are likely to hire fewer people this year than in 2016 amid the ongoing economic slump, a survey showed Tuesday.

The survey of 258 companies with more than 100 employees conducted by the Korean Employers Federation (KEF) said those polled planned to employ 6.6 percent less this year than last year.

The companies plan to recruit 7.3 percent fewer college graduates and reduce the number of hirees with high school diplomas by 7.9 percent compared to the year before.

Of those surveyed, 53.7 percent said they are planning to have new recruits this year.

About a quarter (25.3 percent) of those questioned said they have not yet made a decision on whether to hire new employees this year while 21.0 percent said they have no plans to employ new workers.

The declining size of new employees was attributed by companies to poor business performance due to the slumping economy (46.6 percent), domestic and global economic uncertainties (21.2 percent) and the extension of the retirement age to 60 (14.0 percent).

About 47.3 percent said they will be able to employ more this year if wages are frozen.

The proportion of experienced workers rose 1.6 percent this year from the previous year as they can more easily do their jobs without additional training. 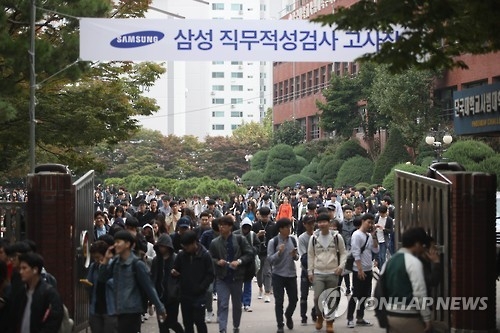 Companies plan to hire less this year due to economic slump: survey

Companies plan to hire less this year due to economic slump: survey