SEJONG, April 18 (Yonhap) -- The International Monetary Fund (IMF) on Tuesday raised its forecast for South Korea's economic growth this year to 2.7 percent thanks to clear signs of a turnaround in the global economy.

The latest forecast is up 0.1 percentage point from the 2.6 percent growth the agency estimated in its G20 Surveillance Note published in March.

It is also higher than a 2.6 percent projection made by both the South Korean government and the Bank of Korea.

For 2018, it retained its earlier prediction of 2.8 percent.

At the same time, the Washington-based organization revised up its global economic growth outlook to 3.5 percent for 2017 from 3.4 percent on the back of a faster-than-expected recovery in the advanced industrialized economies.

The United States, South Korea's second-largest trade partner, will likely grow 2.3 percent in 2017 and 2.5 percent in 2018 led by a solid increase in private consumption and the expansionary fiscal policies of the Donald Trump administration, the IMF said.

China will likely achieve a steady pace of growth this year on government-led boosting measures and an expansion in public investment. The country is expected to log 6.6 percent growth in 2017 with its economy to expand 6.2 percent in 2018.

But the IMF noted that the world economy will face lingering uncertainties throughout this year such as the emergence of trade protectionism, possibility of a faster U.S. rate hike and potential fallout from a vulnerable Chinese financial system. 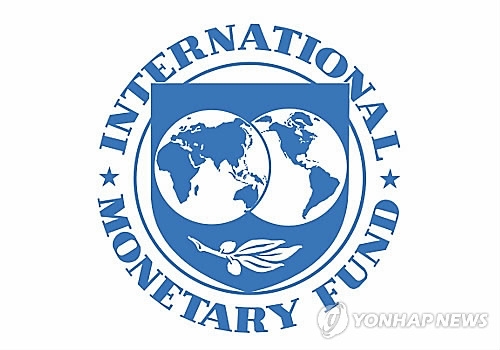