SEOUL, April 19 (Yonhap) -- Guryong Village, the last remaining slum in Seoul, looks no better than a refugee camp, with makeshift outdoor toilets shared by many aging residents, stacks of smelly garbage and discarded machinery everywhere, reminiscent of a ghost town.

Its dilapidated, ragged shacks, built out of plywood, sheets of plastic and well-worn carpets stand in surprising contrast to the glitzy high-rises across a busy highway.

The village was formed in the '80s when poor residents of Gangnam Ward, which has the country's most expensive real estate, were forced to move out of their homes during a swirl of city development projects ahead of the 1986 Asian Games and the 1988 Seoul Olympics. In the runup to those two huge events, the biggest Korea had ever hosted, the lives of the underprivileged was often easily overlooked.

Being pushed out to the fringe of the ward, many were reduced to building makeshift houses illegally on private lands at the foot of Mount Guryong. 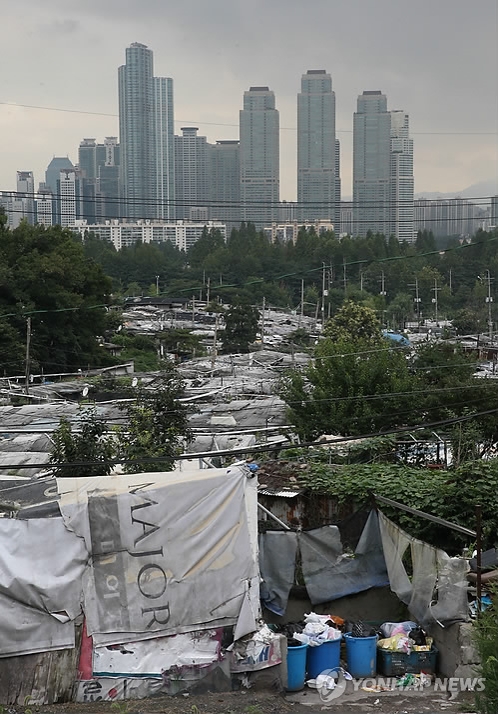 Since the '90s, rumors have persisted that the shanty village was going to be turned into a glamorous apartment complex. Some people have intentionally moved into the village, accepting inconvenience that they believed was to be temporary and hoping to make a big return when the development started.

"When I bought the house 20 years ago, I thought I would sell it when my son gets married," said Han Young-woo, a villager who shared her story after throwing away used coal briquettes outside her house. "I knew only after I moved in that the house didn't come with a toilet."

Although the 79-year-old readily decided to accept the living conditions for future profits, she never expected the wait to be this long.

"I thought I could move out again in three to five years. But that didn't happen. Laws have changed several times, and projects got delayed whenever city officials in charge were replaced."

Last week, she submitted documentation to the Seoul Housing & Communities Corp. (SH) to apply for temporary housing, a step that she hopes will bring herself, her sick husband and her son -- now nearly 50 and still single -- closer to leaving the run-down neighborhood and starting anew in a cleaner and warmer house. 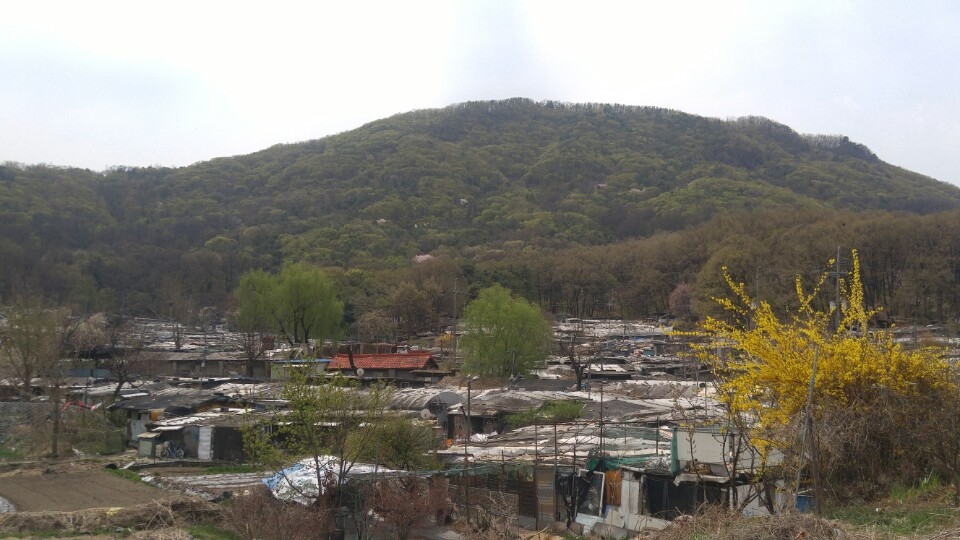 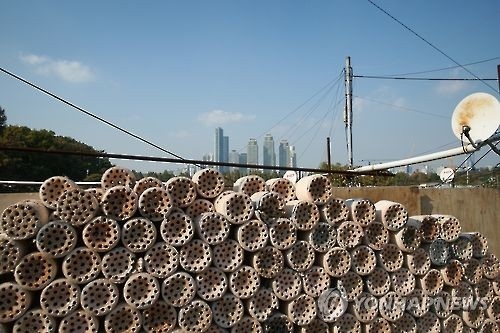 On Nov. 16, the Seoul City Planning Committee endorsed a plan to designate the village as an urban development zone.

According to the plan, there will be 2,692 units of apartments -- some of them earmarked for the Guryong villagers -- to be constructed in the area by 2020. The city said it will put priority on using the profits from the mega development project to help the poor residents resettle.

The decision came after years of fierce disagreement among the interested parties -- the city government, the Gangnam Ward Office, land owners and residents -- over how to develop the 266,304-square-meter land.

The Seoul city government preferred a development plan that included taking over undeveloped land from land owners and returning the same size of land after the development is over. For the city, it is less costly as it doesn't have to buy the land in the first place.

The ward office, however, strongly opposed the idea, saying that only a handful of land owners, who possessed two-thirds of the total area, would benefit from the plan, as the prices undoubtedly will skyrocket after the development is over. And poor residents, in the process, would be marginalized again, it argued. 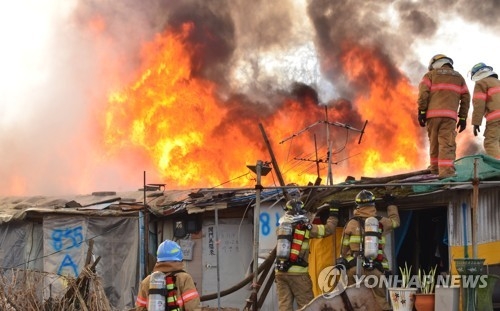 The wrangling continued for years. In the meantime, 1,900 residents suffered from extreme heat and cold, and frequent floods and fires.

As recently as last month, a fire broke out, razing 29 houses and displacing 48 people. The poorly constructed slums are prone to electric malfunctions that easily lead to fire. Once a fire starts, it spreads quickly as houses are built with flammable materials. Since 2009, the village has suffered 14 fires.

Lee Young-man, who leads one of the two residents' communities, said he was finally seeing an end to what had looked to be a hopeless wait.

"We hope all the residents move out by this fall, so that the construction starts early next year. So far, 80 households have already emptied out while 200 agreed with the temporary housing arrangement."

Lee said 70 percent of the residents are over 70 and three to four elderly residents die every month. He talked to Yonhap News Agency, while he was delivering free lunch boxes to the elderly who are too old or sick to cook for themselves. Those still alive and well are quickly losing patience, he added. 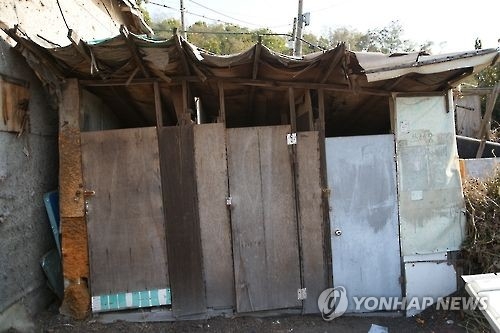 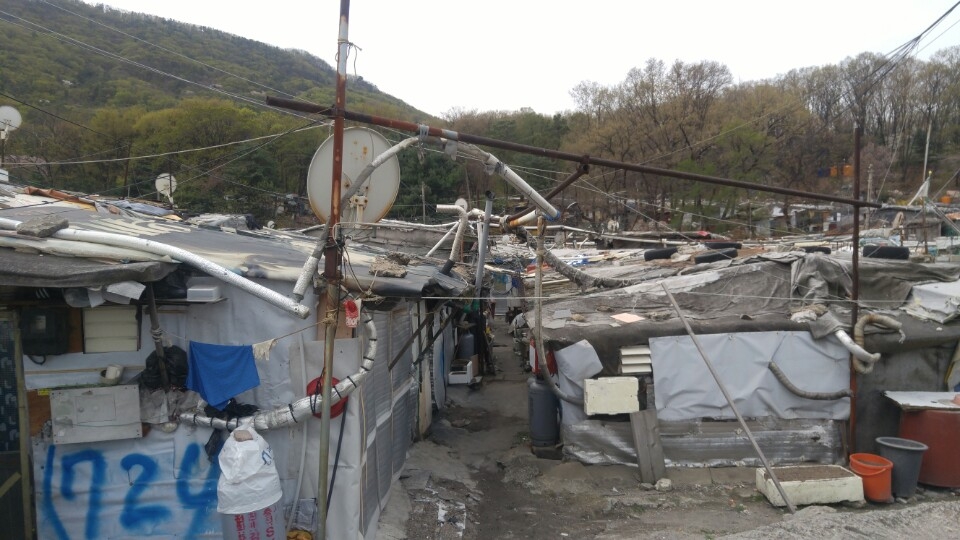 For low-income residents, the biggest concern is the monthly rent they will have to pay once they move into temporary houses.

Kim Kab-sun has recently started packaging socks at home to save some money to use for rent.

"When the time came to decide whether to move, I felt so frightened. I wasn't confident if I could face the harsh reality outside the village and make enough money to pay the monthly rent. For a month, I felt sick," she said.

Now 65, she settled in the village 30 years ago when her husband's business went bankrupt. She recalled there was a sense of community back then. Though everyone was poor, neighbors spread mats in the winding alleys to share foods together. But development plans broke the village, even families, apart, she said, shaking her head in dismay.

"Nevertheless, I am so happy. I have hope now. I am living every day, dreaming of the day when I finally leave this village."

Last Thursday, the burnt-down area in last month's fire was still cordoned off by yellow police tape. No resident was seen near the affected area even in broad daylight. Only a few unleashed dogs barked threateningly, advancing closer toward a stranger as if they ruled the ruins.

Lighting his cigarette next to a pile of abandoned furniture, Lee Won-jong, clad in a heavy, black jacket, said he didn't have high hopes about the development plans.

"They are only all words, no action. I can't trust them. We have been fooled for more than 10 years now. The government talked to us as if the development would be finished within a few years, which never happened," the 68-year-old said. "Plus, who can assure us that we would be allowed to come back after the construction is done?" 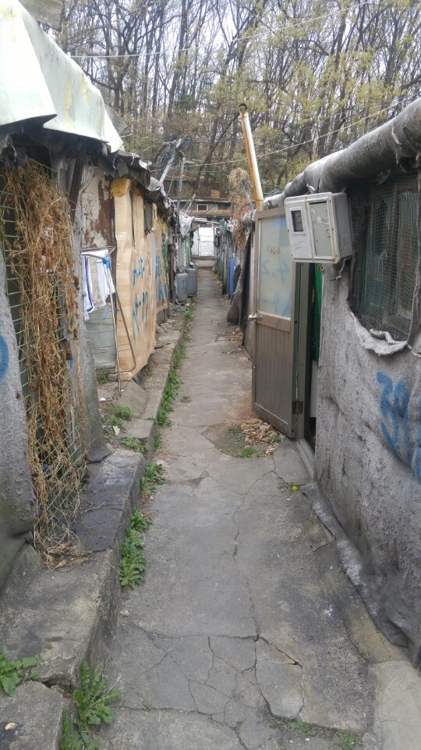 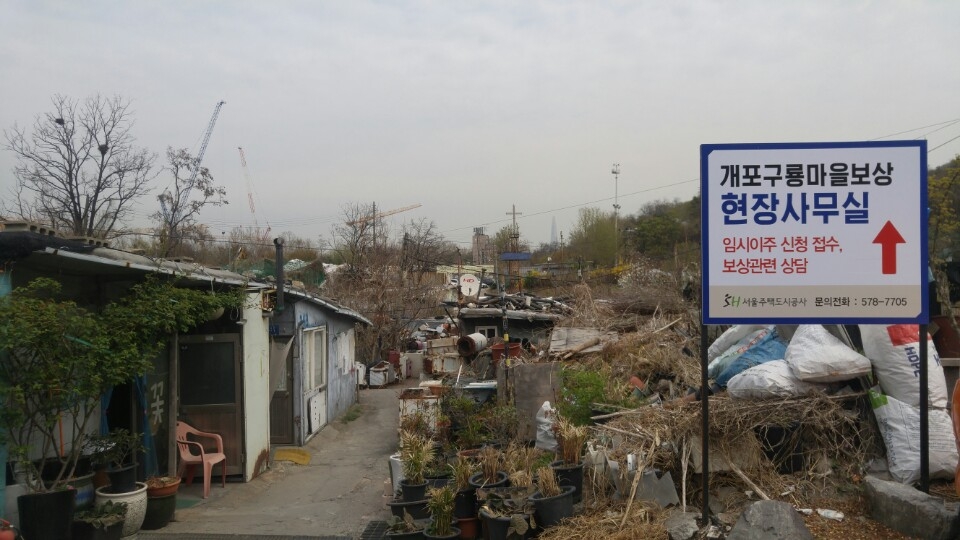