Augsburger Allgemeine said Koo, who plays for the Bundesliga club FC Augsburg, will miss the rest of the German season with a ligament tear in his right knee.

Koo is also doubtful for South Korea's World Cup qualifying match against Qatar on June 13. The 28-year-old has been a fixture on the national team and is one of the most experienced players in the current crop with 59 caps.

Koo injured the knee after landing awkwardly following an aerial battle for a loose ball against FC Cologne last Saturday.

He has been playing in the Bundesliga since 2010, and is in his second tour of duty with FC Augsburg. He has three goals in 22 matches this season. 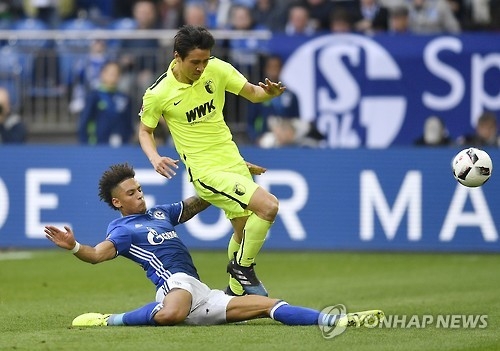