SEOUL, April 19 (Yonhap) -- A pair of two former U.S. minor league players are thriving in South Korea in the early part of the 2017 season, as they hope to make an impact in their native land.

Former Chicago Cubs prospect Kim Dong-yub has been batting cleanup for the SK Wyverns in the Korea Baseball Organization (KBO), and through Tuesday's action, he's batting a robust .321 with four home runs and a team-high 14 RBIs.

Jang Pill-joon, a right-hander for the Samsung Lions, who only made his season debut last Saturday after injuring his side during spring training, has been solid in his two outings so far. He has tossed 3 1/3 scoreless innings and struck out four in a setup role.

Kim, 26, spent two years in Japan after graduating from a Korean middle school, and signed with the Chicago Cubs in 2009. 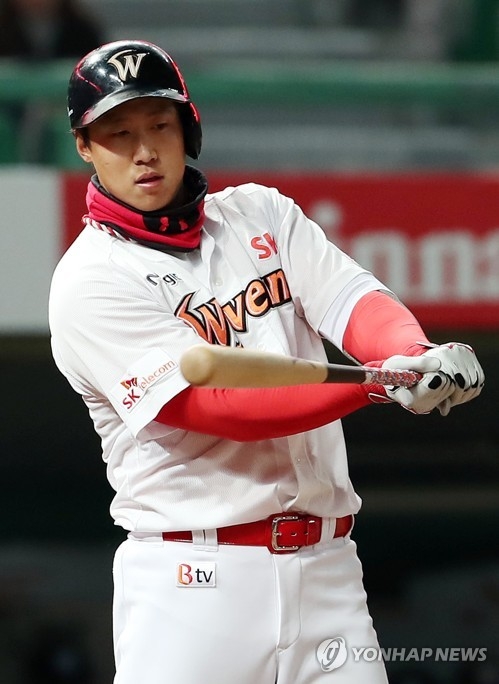 The outfielder never reached the majors, going only as high as Single-A in 2012. He returned to South Korea the following year.

Players who sign their first professional contracts outside South Korea must sit out for two years before joining a KBO team. And it was at the 2015 draft that the Wyverns extended Kim a lifeline.

The Wyverns always liked Kim's power and gave him a more regular role this year. Kim has responded by hitting a home run in three straight games, starting last Saturday.

Kim said he's still learning to adjust to the Korean style of pitching.

Jang, 29, has been a journeyman. He was actually drafted by the KBO's Hanwha Eagles out of high school in 2007, but didn't sign with the club, instead joining the military club Sangmu to complete his mandatory military service. 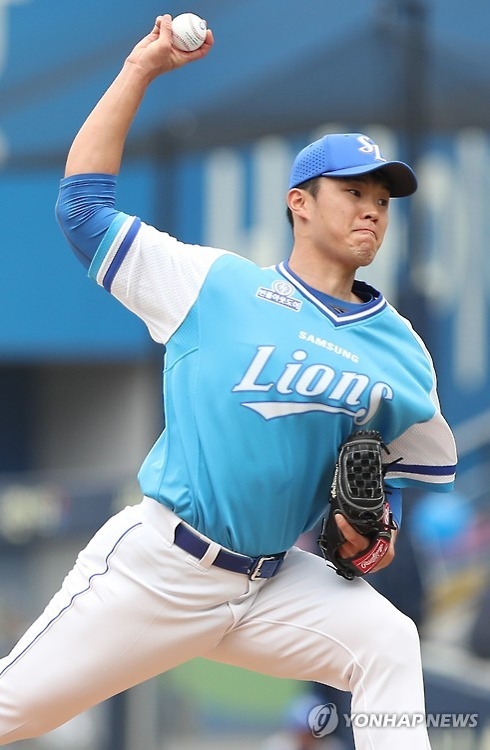 Following his discharge, Jang signed with the Los Angeles Angels in 2009. He, too, reached only as far as Single-A, and after the Angels released him in 2011, Jang spent one year in the U.S. independent league and another in Australia.

Though the sample size is small so far this year, Jang, according to manager Kim Han-soo, "is a core member of our bullpen."

And the Lions will need all the help they can get from their pitching staff. Their string of five consecutive Korean Series appearances ended last year, and they're stuck in last place this year with a 3-11 record.