BUSAN, April 19 (Yonhap) -- The head of a bank holding firm based in the country's second largest city of Busan has been arrested over allegations of stock price manipulation, court officials said Wednesday.

The Busan District Court issued a warrant on Tuesday night to detain Sung Se-whan, chairman of BNK Financial Group, citing the possibility of him destroying evidence.

The investigation began after the Financial Supervisory Service (FSS) asked the prosecution to look into allegations the financial group rigged its stock price in early 2016 by lending money to companies and asking them to buy its stocks.

Prosecutors suspect that Sung orchestrated the alleged manipulation. Sung is known to be flatly denying the charges.

A former executive of the holding firm, identified only by his last name Kim, was also arrested for his involvement in the alleged crime. 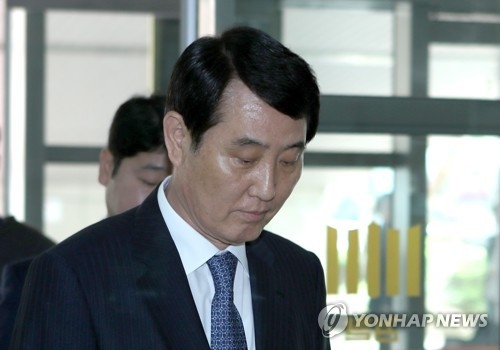