SEOUL, April 19 (Yonhap) -- Seoul on Wednesday urged Pyongyang to stop intervening in South Korea's upcoming presidential election, accusing the North of seeking to drive a wedge among the voters in the South.

The Rodong Sinmun, North Korea's main newspaper, said in its recent commentary that the conservative bloc in South Korea should not be allowed to take power again, displaying its intent to intervene in the May 9 presidential election.

The Ministry of Unification here said that North Korea seeks to mislead South Koreans' sentiments and drive a wedge among them by releasing politically charged messages.

"It is nothing new that North Korea is trying to interfere in South Korean politics," Lee Duk-haeng, ministry spokesman, said at a regular press briefing. "North Korea should stop its anachronistic behavior."

Former President Park Geun-hye, a conservative, was removed from office last month when she was impeached following a corruption scandal involving her and her close friend.

Presidential front-runner Moon Jae-in of the liberal Democratic Party stayed slightly ahead of his biggest rival Ahn Cheol-soo of the center-left People's Party, according to the latest polls. 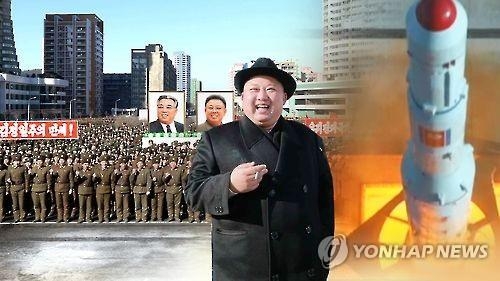 S. Korea urges N.K. not to intervene in presidential election

S. Korea urges N.K. not to intervene in presidential election