SEOUL, April 19 (Yonhap) -- South Korean singer and TV celebrity Jung Joon-young and Jiyeon, a member of girl group T-ara, on Wednesday denied a news report that the two were going out.

"After confirming with Jiyeon, we've learned that the two are not seeing each other," MBK Entertainment, which represents T-ara, said. It did though confirm that the two made a recent trip to Southeast Asia together with friends.

"It's true that they went to Southeast Asia with mutual acquaintances, but the two are just friends. The possibility of them dating is less than 0.1 percent," MBK said.

Jung's agency C9 Entertainment issued a similar response, saying, "They are just close friends and not in a relationship."

Sports Chosun reported earlier that the two stars were about one month into a romantic relationship. Jung, who's perhaps better known for his appearances on variety comedy shows, released his first full-length solo album in February, and T-ara is scheduled to put out a new album next month. 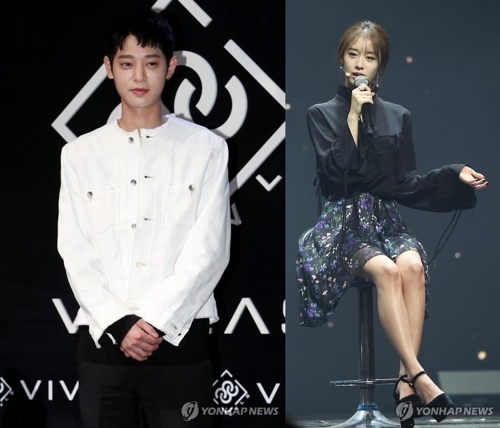