Under the project set to begin Thursday, consumers can deposit small change left from purchases of goods into their prepaid or mobile cards at convenience stores, discount stores and department stores, according to the Bank of Korea (BOK).

It means that consumers won't have to carry coins in their pockets after making cash payments.

The project, if accepted by ordinary people, could also lower the cost of producing coins, though the BOK said the outcome of the experiment remains to be seen. Last year, South Korea spent 53.7 billion won (US$47 million) on producing coins.

Cha Hyeon-jin, an official handling the issue at the BOK, said no decision has been made yet on whether the project could eventually lead to a cashless society, but he said chances of the country becoming a completely cashless society are low. 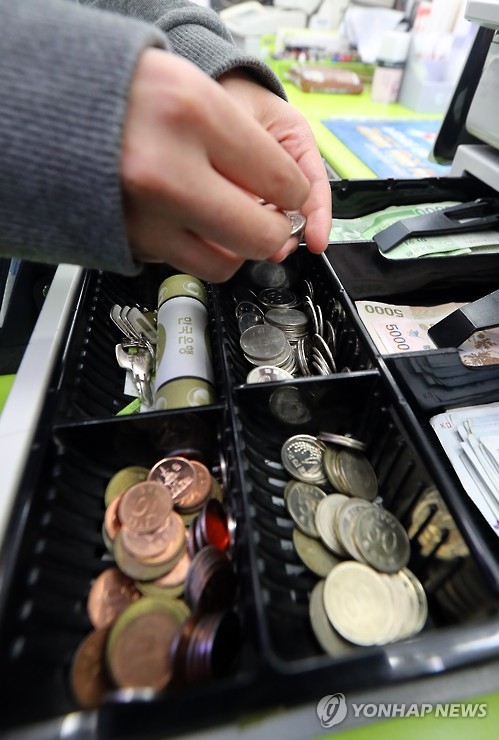