Fried chicken and beer, called "chimaek" in South Korea, is one of the most popular foods in the country, as well as soju and samgyeopsal, or grilled pork belly.

Kyochon, the biggest franchise, posted a 13-percent increase to 291 billion won (US$255 million) last year from $257 billion won a year earlier, according to the statistics compiled by the Financial Supervisory Service.

BHC witnessed a whopping 26-percent surge to 232 billion won last year from the previous year, taking back the status as the country's second largest chicken franchise.

The sales increase of chicken franchises comes amid the growing number of affiliated outlets going out of business due to tense competition. The number of chicken franchise stores that shut down jumped 10 percent to 2,793 in 2015 from the previous year and the figure is likely to soar this year, industry data showed. 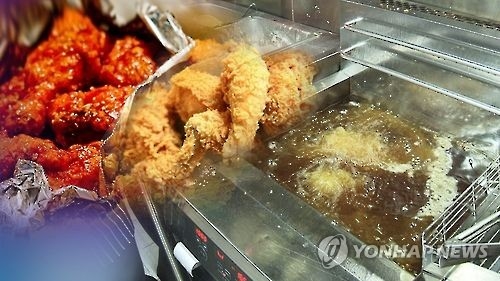