Meropenem, which is used in treatment for a wide range of diseases ranging from serious bacterial infection to general infection, was rolled out under the name "Daewoong Meropenem Inj" in the world's largest pharmaceutical market, it said.

In December 2012, the U.S. Food and Drug Administration (FDA) accepted Daewoong Pharmaceuticals' application to sell the antibiotic, which is in reference to multinational pharmaceutical company AstraZeneca's Merrem.

It marks the first time for a generic drug manufactured by a local drug firm to be sold the U.S., company officials said.

"The company hopes the launch of Meropenem will boost the image of South Korean pharmaceutical companies in the U.S. drug market," said Lee Jong-wook, vice president of Daewoong Pharmaceutical, in a press release. "The company will step up efforts to bring internationally competitive products."

The U.S. market for antibiotics is expected to be worth US$760 million by 2019. The carbapenem segment, which accounts for half of the entire U.S. antibiotics market, will expand at an annual rate of 4.5 percent, the company said. 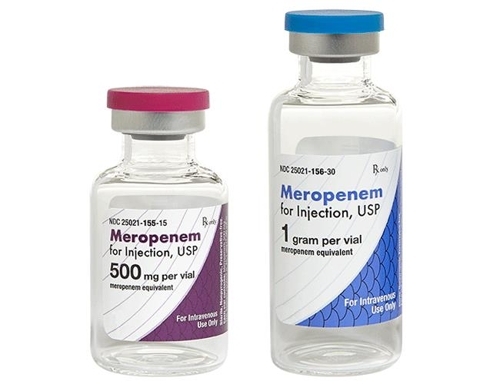