SEOUL, April 19 (Yonhap) -- Acclaimed installation artist Olafur Eliasson has come back to Korea after seven months for his new solo exhibition that explores a possibility of different forms of art coexisting together.

At the center of the Danish-Icelandic artist's new exhibition "Models for Coexistence" lies his new sculptural installation "The Exploration of the Center of the Sun."

Light, powered by a solar panel installed on the gallery's rooftop garden, comes through an asymmetrical polyhedron, hanging from the ceiling and made of color-effect-filter glass. The light refracts and creates all the different colors depending on an angle at which a gallerygoer looks at the artwork. Reflections shining in different colors formed on the floor look as if they were an independent artwork themselves. 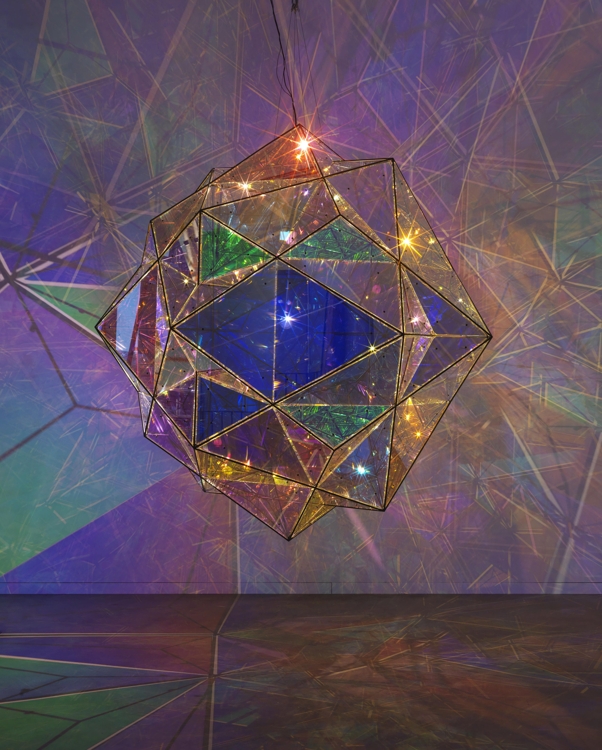 The work represents some of the core subjects of Eliasson's broad art spectrum -- experiments with light, glass, colors, reflection, illusion and geometry.

"I've been interested in dematerializing objects in art. For me, art is not about objects. It is more about a relationship or a system. It is always a process," Eliasson told reporters at Seoul's PKM Gallery on Wednesday.

He played with visual tricks that geometric patterns pull in his "Pebbles on the Beach," made of wooden tiles in different shapes, colors and sizes. Some of the tiles create a three-dimensional impression or are part of two different patterns that are hard to discern at first glance.

Emphasizing the importance of coexistence not only in the art world but in the wider world, he said, "We live in a society where sameness is seen as success while difference is seen as threat... But we can be in a space where we don't have to agree to exist together. We are in a space of art where we can be together but still be different." 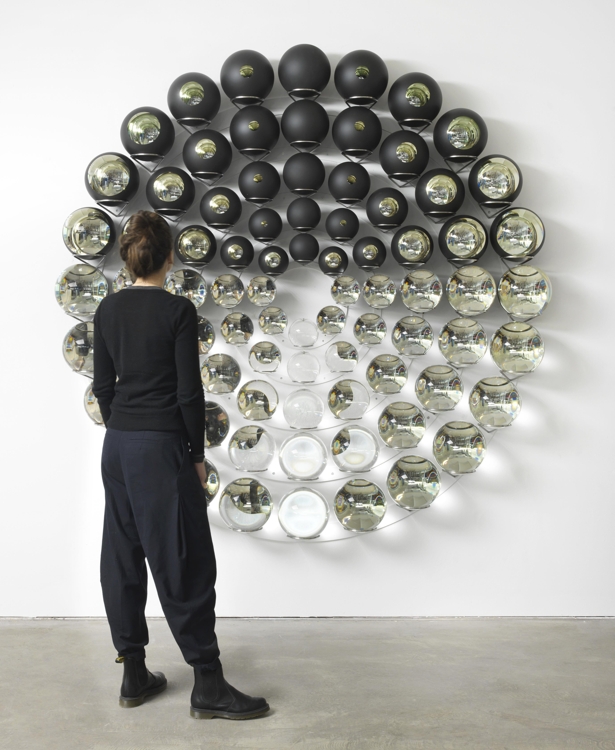 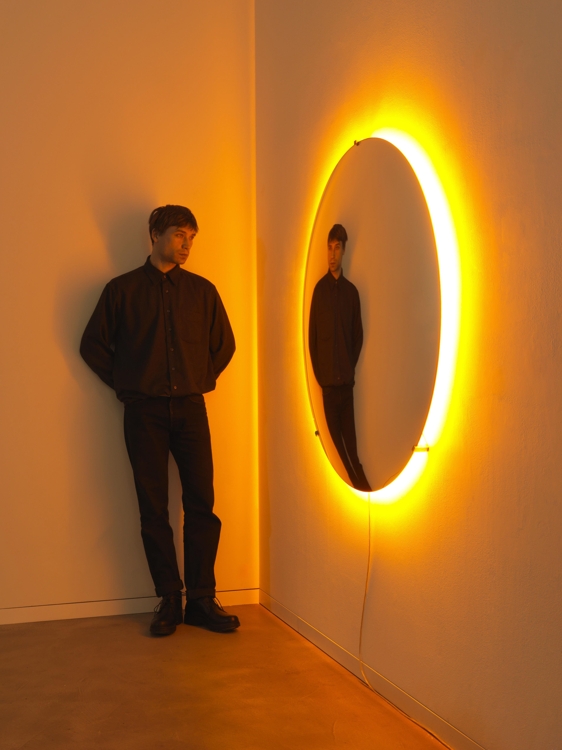 Born in 1967, he studied art at the Royal Danish Academy of Fine Art. In the mid-1990s, he moved to Germany and established Studio Olafur Eliasson, a design art house that launches various bold, large-scale artistic experiments and installations. He carried out numerous public art projects, including The New York City Waterfalls in 2008; Ice Watch in Copenhagen in 2014; and Your Star in Stockholm in 2015. For his consistent efforts to raise awareness of global issues including climate change, he won the annual Crystal Award at the Davos Economic Forum in 2016.

His yearning for a peaceful coexistence will be once again highlighted at the 57th Venice Biennale, which will open on May 13, where he will present his work "Green Light Project" on the refugee crisis that is one of the most pressing issues in Europe.

"I don't have all the answers to solve everything. But it is one step to try to be more involved and ask the right question on how to create a dialogue that is mutually beneficial," Eliasson said.

"You had a life before you became a refugee. You will have a life again," he said. "Being a refugee is only temporary. It is not a permanent condition."

His Seoul exhibition opens Thursday and runs until June 20 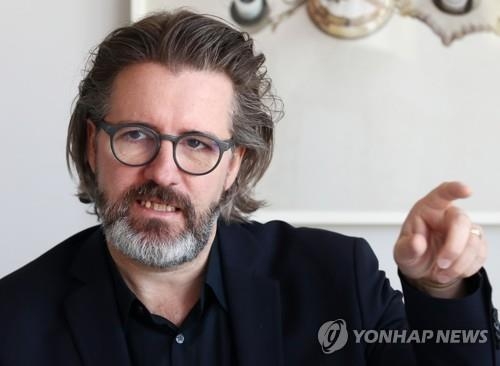