SEOUL, April 19 (Yonhap) -- The director of crime-action flick "The Merciless" invited to this year's Cannes noncompetition section said on Wednesday his mantra has been "to make it different" over the whole filming process.

"I tried to make it stand out from other works for its style," Byun Sung-hyun said during a press conference for the forthcoming movie at a Seoul cinema. "But that's only the film's seasoning. I put more focus of my direction on the two men's emotions. I wanted to catch the delicate tension between them and their emotions," he stressed. 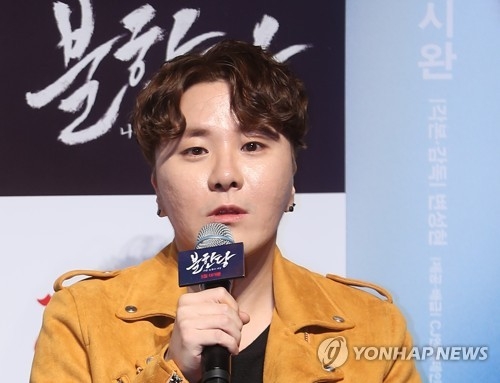 The movie portrays the friendship and betrayal between Jae-ho (Seol Kyung-gu) plotting to become the leader of an organized crime ring after being released from prison and the organization's fearless and ebullient newcomer Hyeon-su (Im Si-wan). The two meet behind bars and work together after their release.

It was chosen for screening in the noncompetition Midnight Screening section of the 70th Cannes Film Festival that runs from May 17-28. The exact date for the film's domestic release has yet to be fixed.

This marks Byun's drastic turn of genre from his preceding film "Whatcha Wearin'" (2012), an X-rated romance-comedy that attracted an audience of 1.8 million at theaters nationwide.

The new film was billed as a "fresh crime-action flick that shows off its comic book-style settings and visual elements" in promotional material released by its local distributor CJ Entertainment.

Questioned about the shift in his filmography, Byun answered that he had a thirst for a large-scale, masculine film when he was making the romance film.

"I wanted to try a genre film of this kind, deviating myself from the love story that I had to see on the director's monitor screen." 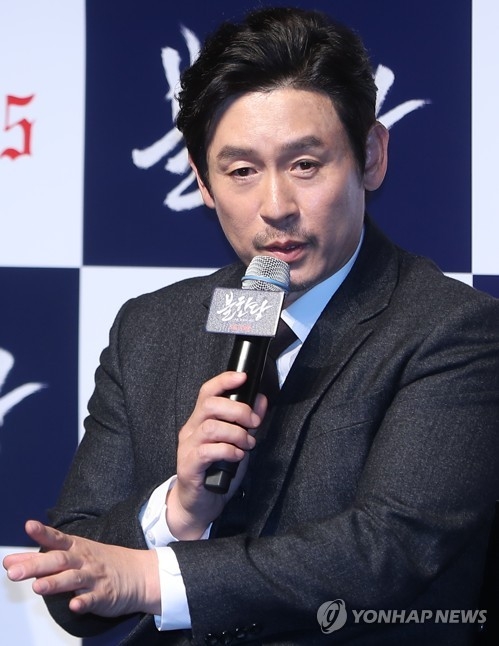 Actor Seol Kyung-gu said he was one of many people who was curious about the third-time director's plan on the new movie project.

"I drank and talked with him till daybreak. He was so honest and frank that I decided to be in the film. As time went by, I became convinced that this man has something that other people don't have."

The veteran actor said he was greatly pleased upon hearing the news that his work will be shown in Cannes.

"I'm spending hard times these days due to the failure of some of my previous work. I could not help feeling great for that."

The director elicited laughter from many reporters by saying that he first heard the news from the actor.

"I was drinking makgeolli with my friends when he called me. I later realized that the festival authority failed to reach me because of the long phone conversation," Byun said, referring to the Korean liquor known for its milky-white color and sweet taste. "I drank a lot that night because I was hugely happy, and now I feel calm."

The actor said he had great chemistry with the film's co-star Im Si-wan.

"I think with Si-wan, I went through love and jealousy on screen. I think I loved him," Seol said jokingly.

The rising actor Im from K-pop boy group "ZE:A" instantly denied his comment. "I don't think so. I didn't even know that I was loved. But I think our chemistry was good, anyway," he said with a laugh.

Also among the film's main cast are actor Kim Hee-won and actress Jeon Hye-jin who respectively play the roles of the right-hand man of the crime ring's boss and a police detective who tracks down the ring. 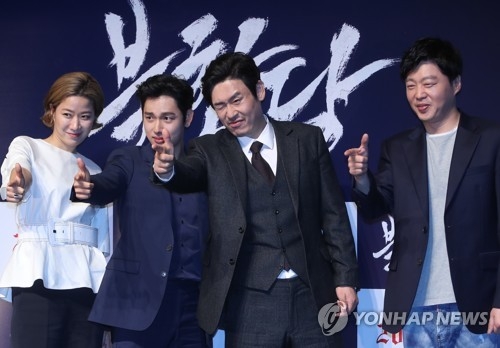