SEOUL, April 19 (Yonhap) -- DIA, one of the faster-rising K-pop girl groups, released its second full-length album on Wednesday while introducing two new faces to its roster.

The album, "YOLO," was released at noon on major streaming services, including Melon, Bugs Music and Olleh Music. It contains 10 new songs, including the title track "Will You Go Out With Me," its recent single "You Are My Flower" and several rearrangement numbers.

"Will You Go Out With Me" was a fan favorite that was first put on stage at the group's live concert. "It's been modified a lot from before. We hope our fans like the song," team leader Huihyeon told reporters a media showcase held at the Shinhan Card FAN Square in northern Seoul. 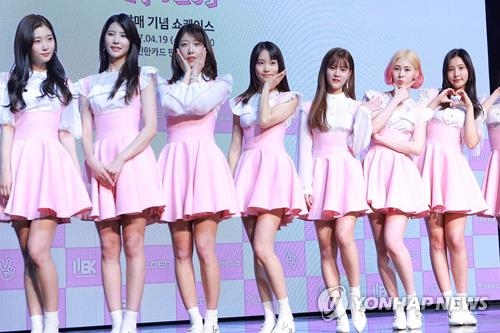 According to MBK Entertainment, the entire album was written by DIA members themselves.

On Tuesday, the eve of the album's release, MBK made public the mobile phone number of member Chaeyeon (010-6444-1201) on the Internet as part of a publicity blitz.

"I received so many calls and text messages as soon as the number was revealed," said Chaeyeon, who undeniably has the highest profile. She appeared in last year's hit audition show "Produce 101" and subsequent one-off project idol group I.O.I.

Chaeyeon said she felt great after talking with fans over the phone, though admitted she couldn't take every call due to practicing for the showcase. The singer even took a live video call from a random fan during the media event.

Huihyeon explained that the team will continue to use the number to communicate with fans.

DIA also added two members -- Jooeun and Somi -- to its previously seven-member roster, reportedly to reinforce the team's vocal parts. Jooeun is a former "K-pop Star" contestant equipped with competent keyboard skills, while Somi is expected to add a rich layer of tone to the team's overall singing. 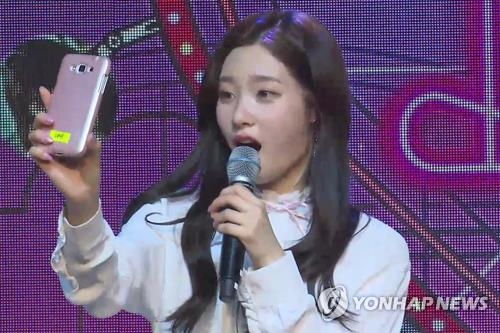