"It's the military's natural duty to focus on actual combat-like training in order to become stronger under the grim security conditions," Han said during the tour of the Korea Combat Training Center in Gangwon Province.

The minister said the military needs to step up efforts to further develop a brigade-level combat training system. 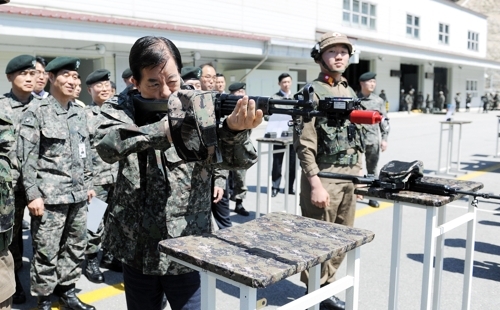