(ATTN: UPDATES throughout with court decision in lead paras)

But it remains uncertain whether or when Chung will be extradited to Seoul, as she appealed again to a higher court.

Last month, the local prosecutors' office decided to send Chung, the only daughter of Choi Soon-sil, back to South Korea to face an investigation. But she filed an appeal.

Choi, who's in jail, is a long-time aide to Park, although she had no official position in the Park administration. Park and Choi are accused of having colluded to abuse power and take bribes from Samsung Group and other South Korean conglomerates.

Choi's daughter is also accused of receiving inappropriate academic and financial favors based on her mother's ties with Park.

Refusing to return to South Korea, Chung, arrested by local authorities in January, has been preparing for the trial in custody at a detention center in Aalborg, northern Denmark.

Several former and current professors at Seoul-based Ewha Womans University have been arrested and indicted in relation to the undue favors.

Choi is standing trial specifically on charges of meddling in state affairs and amassing profits using her connection to the former president.

Park was also indicted Monday in a series of corruption allegations involving her friend Choi and former aides. The ex-leader has been in custody since March 31. 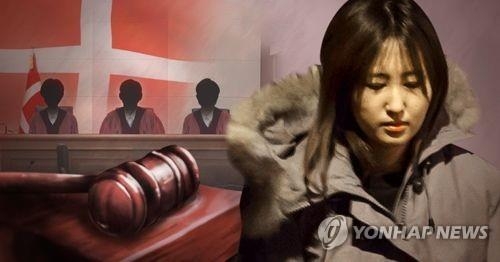 (LEAD) Daughter of Park's friend in scandal to be extradited

(LEAD) Daughter of Park's friend in scandal to be extradited