SEOUL, April 20 (Yonhap) -- South Korea will be looking for a quick start at the men's hockey world championship opening in Ukraine this weekend.

It's a key test tournament for South Korea ahead of its Olympic debut on home ice next year at the PyeongChang Winter Games. South Korea earned a spot as the host, and will face world No. 1 Canada, along with the Czech Republic and Switzerland. 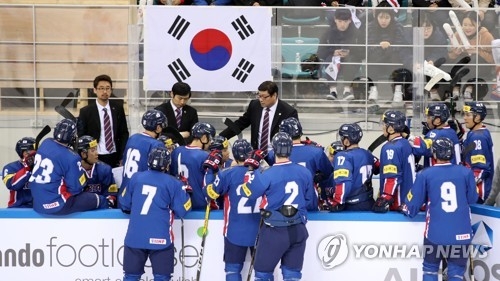 South Korea is hoping to do better this time, and getting the first win right out of the gate will be crucial.

The first game is against Poland on Saturday. South Korea has three wins and five losses all time against the European nation. But the most recent victory came at last year's Division I Group A competition, as forward Michael Swift's hat trick lifted South Korea to a 4-1 win.

South Korea has had trouble getting off to a fast start in tournament play. Coaches and players have spoken about an intimidation factor, and how facing unfamiliar opponents has made some players more passive than usual.

There will be little time to feel intimidated and shrink in Kiev, because it won't get any easier for South Korea after Poland. Its next two opponents will be Kazakhstan on Sunday, and Hungary next Tuesday, the two countries that were relegated from the top division last year. 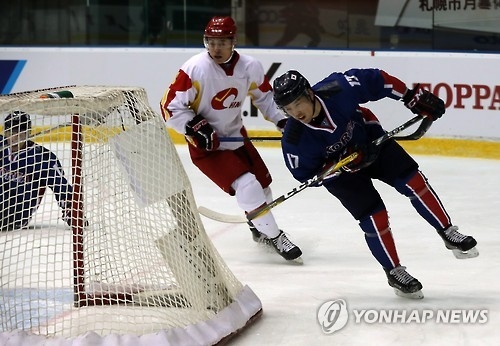 Two other former NHLers from Canada -- Dustin Boyd and Nigel Dawes -- will also suit up for Kazakhstan this time.

South Korea has lost 12 times to Hungary in 15 meetings while picking up two wins and a tie. At the 2014 Division I Group A tournament, South Korea fell 7-4. It was the countries' last meeting when each had its best players available.

U.S.-born forward Mike Testwuide will miss the tournament with a concussion. South Korea will miss his big presence up front, and will count on shifty forwards Kim Ki-sung and Shin Sang-hoon to pick up the slack.

South Korea had encouraging performances against world No. 2 Russia in friendly games last month, losing 4-3 and 5-2 despite missing some key pieces.