The two-hour live debate aired on KBS 1TV at 10 p.m. Wednesday recorded a 26.4 percent nationwide viewership, according to Nielsen Korea. The figure represents more than a threefold jump compared with the public network's average 7-8 percent rating from its regular broadcast.

Amid heavy attention on the debate, TV dramas that were aired simultaneously on other terrestrial networks did poorly. 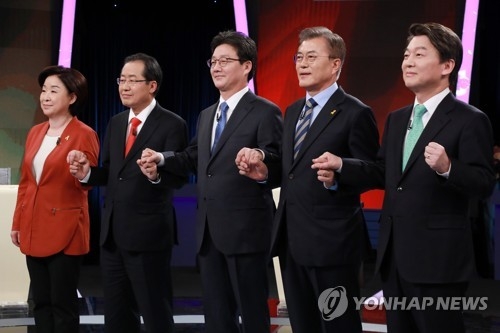