An announcement accompanied by a few spring-themed teaser photos of Jessica was put on her social media last week, saying April 18 marks Jessica's new song's release date, as well as her 27th birthday.

Backed by a soothing sound of piano coupled with Jessica's compelling timbre injected all throughout, "Because It's Spring," alluding to a heart-throbbing phase of love, accentuates Jessica's maturity and femininity at full bore, proving she has greatly developed as a solo artist.

As much as it's still true that if it wasn't for Girls' Generation's glory days, this level of success for her today might have been in question, the songstress has been met with general praise for establishing herself as one of the most brilliant all-around stars by launching a new career in various fields, such as fashion design and acting. She's been lately receiving more writing credits for compositions, including four out of six tracks on her latest EP "Wonderland."

Meanwhile, in gratitude for their decadelong loyalty and die-hard support, including SNSD years, the Golden City native held Saturday an occasion where she spent quality time with a slew of fans celebrating her B-day, as well as exclusively performing the then-yet-to-be-revealed "Because It's Spring." 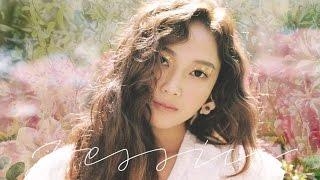