SEOUL, April 20 (Yonhap) -- Girl Group DIA has released the music video for "Will You Go Out With Me," the title track off its second full-length album.

The album "YOLO," and the video of the lead song were out Wednesday.

DIA was recently revamped into a nine-member group from originally seven to reinforce its vocal parts.

First unveiled during the group's individual concert last year, the song has drawn favorable response from the group's fans.

The band has since modified the song a lot, ranging from its melody to lyrics and choreography.

You can feel the frank and vivacious mind of a girl who fell in love. The highlight of the song's choreography is the part where the members draw a heart, which shows off the group's cuteness. 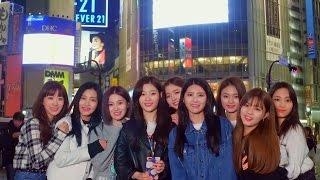 DIA releases MV for 'Will You Go Out With Me'

DIA releases MV for 'Will You Go Out With Me'