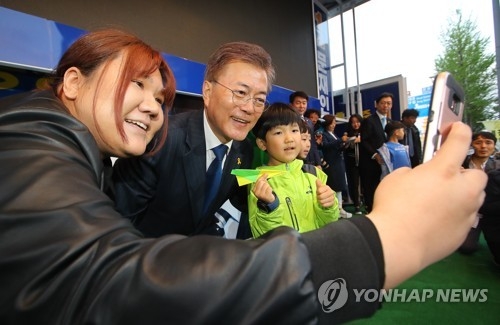 Ahn, currently trailing front-runner Moon by only a few percentage points in opinion polls, apparently sought to seize the moment, not hesitating to call North Korea the main enemy.

"Now the South and North Korea are in a confrontation. Under such circumstances, North Korea is the main enemy," he said in a meeting with the Korea Broadcasting Journalists Club in Seoul, claiming the country's Defense Ministry also depicts Pyongyang as such in its defense white paper.

The Defense Ministry, however, earlier explained it has been describing the North only as an enemy, also in its defense white papers, for some time, in what many saw as an apparent attempt not to provoke North Korea. 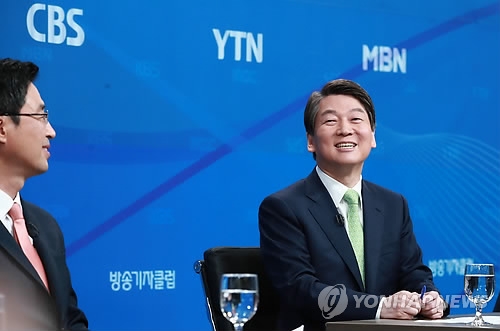 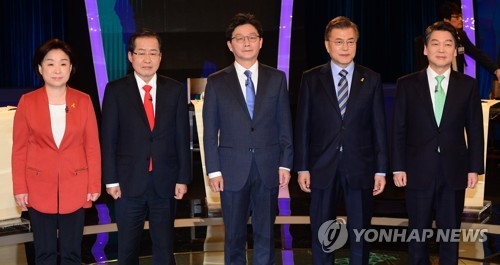 A spokesman for the Democratic Party later noted the country's Constitution also recognized North Korea as a subject of peaceful reunification with the South.

"The North is in fact our enemy because we are technically at war with North Korea. What else can it be? But at the same time, our Constitution stipulates North Korea as a subject of peaceful reunification. If a political leader does not recognize or acknowledge such a discrepancy, the person and his/her ruling philosophy are seriously defective," Rep. Park Gwang-on said in a press release.

The chief spokesman for the party said Moon, if elected, will order his defense minister to be fully prepared to counter any provocation from the enemy, but at the same time tell his foreign minister to seek ways to resolve the North Korean nuclear issue politically, diplomatically and peacefully.

"Thirdly, he will tell his unification minister to keep in mind international sanctions against the North but seek ways to ease military tension on the Korean Peninsula through North-South Korean dialogue," he said.

Ahn, the presidential candidate of the center-left People's Party, acknowledged the discrepancy, calling it a source of dilemma for all.

"Our dilemma lies in the fact that North Korea is our dialogue partner in achieving our objective of peaceful reunification while at the same time it is our main enemy," he said at the meeting with TV reporters in Seoul.