Outbound shipments of South Korea-made beauty products were valued at US$935 million in the January-March period, up 32.1 percent from a year earlier, according to the data compiled by the Korea Customs Service (KCS).

Exports to China rose 26.7 percent on-year to $337 million over the three-month period, despite Beijing's recent movement to restrict imports from South Korea in retaliation against Seoul's plan to deploy the U.S.-led missile defense system, or THAAD.

Exports of skincare products, such as toners, facial mask sheets and serums, reached $1.68 billion last year, while those of makeup goods, including sun blocks, BB creams and foundations, totaled $342 million.

By country, China bought $1.24 billion worth of South Korean cosmetics last year, up 25 percent from a year ago, while the United States and Japan imported $298 million and $155 million, respectively. 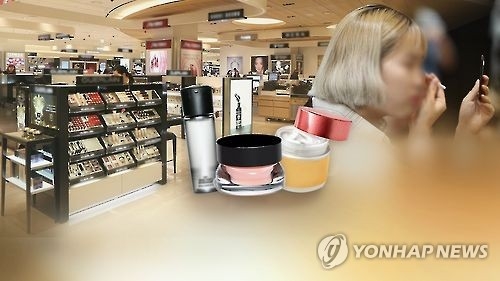