Foreign Minister Yun Byung-se will join the UNSC meeting to be held in New York on April 28 that will focus on North Korea's nuclear stalemate and its denuclearization, the source told Yonhap News Agency. 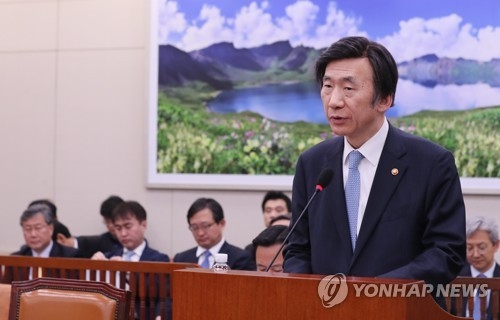 The meeting will be presided over by U.S. Secretary of State Rex Tillerson, who has invited the foreign ministers from council member states and others involved in the North Korea issue. Yun was invited as the minister of a stake-holding country.

He will be given a chance to speak to the gathering for a few minutes. His speech is expected to focus on issues related to the North's denuclearization.

Preparations are also under way to arrange meetings on the sidelines between Yun and his counterparts from other countries including Tillerson, the source added.

The UNSC meeting comes amid speculation that the North might conduct an additional nuclear test. Tensions remain high, sparked by the North's continued saber-rattling and the U.S.' threat to use all options including military action.