SEOUL, April 20 (Yonhap) -- South Korea on Thursday began the process to build a new airport in the southern part of the country to meet growing local demand.

The government has started the bidding process to select a company that will conduct an extended feasibility study and basic planning for the new airport in Gimhae, 450 kilometers south of Seoul, according to the Ministry of Land, Infrastructure and Transportation.

Once a preferred bidder is selected, it will carry out feasibility studies and basic designing for the regional airport for 12 months, starting in June, a ministry official said.

The government plans to inject 5.96 trillion won (US$5.2 billion) to build the new Gimhae airport by 2026. It is expected to serve a total of 38 million passengers a year, it said.

The new airport will absorb the existing airport facilities that currently handle about 18 million passengers a year, he said. 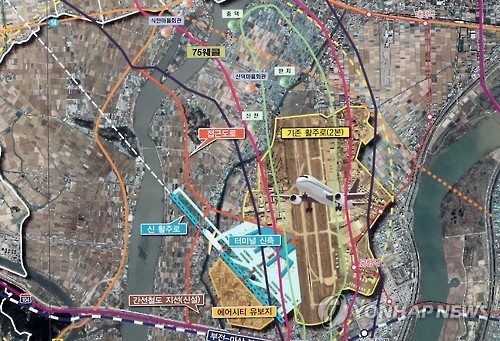