SEJONG, April 20 (Yonhap) -- South Korea will hold an anti-piracy drill in waters off the southern coast ahead of the dispatch of a 4,500-ton destroyer to Somalia, the maritime ministry said Thursday.

Taking place on Friday, the one-day drill will involve the South Korean destroyer Daejoyoung, a 17,000-ton commercial vessel and 350 seamen and sailors, according to the Ministry of Oceans and Fisheries.

Next month, the warship will join the South Korean naval unit which has been dispatched in the Gulf of Aden since 2009 as part of global efforts to combat piracy off the coast of Somalia.

Pirate activity has been on a sharp rise in recent months off the Somali coast as five ships were attacked in March and April alone, compared to two cases reported in 2016. 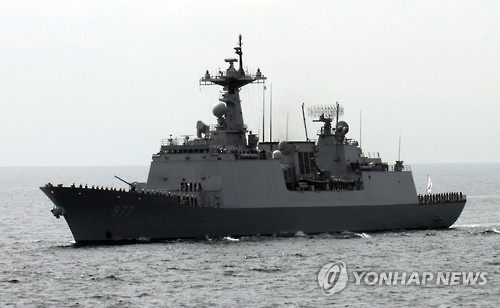