SEOUL, April 20 (Yonhap) -- Russia has agreed to allow South Korean fishing vessels to catch as much fish in Russian waters as they did last year, the fisheries ministry here said Thursday.

The agreement came during a meeting of a bilateral fisheries committee held in Moscow from Monday through Thursday, according to the Ministry of Oceans and Fisheries.

Under the new quota, South Korean fishing vessels will be able to catch a total of 36,250 tons of fish inside Russia's exclusive economic zone, including 20,500 tons of pollack, 7,500 tons of mackerel pike, and 4,000 tons of cod, the ministry said. The figure reflects an on-year increase of 250 tons of cod.

Fishing charges will also remain the same for most types of fish, with the exception of cod, the price of which rose in line with an increase in international trading prices.

"We had difficulty negotiating the quota and the fees because of the recent decline in South Korean investment in Russia's Far East, but we reached a satisfying result through high-level bilateral talks," said Kim Yang-soo, a senior ministry official who headed South Korea's delegation to the meeting. 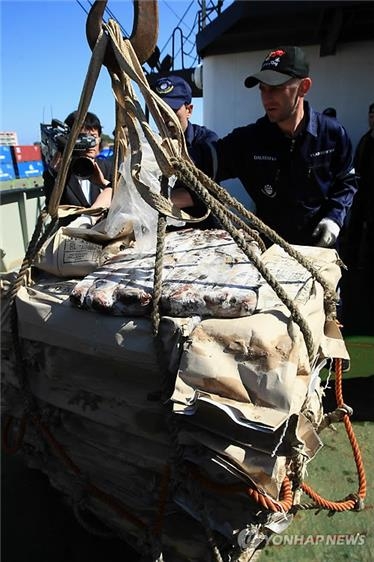