WASHINGTON, April 20 (Yonhap) -- China has put bombers on "high alert" in preparation for a potential contingency in neighboring North Korea, a U.S. defense official was quoted as saying Thursday.

The official also said that the U.S. has seen an extraordinary number of Chinese military aircraft being brought up to full readiness through intensified maintenance as part of an effort to "reduce the time to react to a North Korea contingency."

No details were given as to what the potential contingency would be.

Tensions on the Korean Peninsula have sharply spiked in recent weeks as Washington and Pyongyang have rattled their sabers against each other, with the U.S. announcing it would send a massive aircraft carrier strike group to waters off the Korean Peninsula and the North responding with a missile launch attempt, even though it ended in failure.

The two sides have also engaged in a war of words, with American officials repeatedly saying that all options are on the table in an apparent reference to military strikes, and North Korean officials also churning out highly belligerent rhetoric. 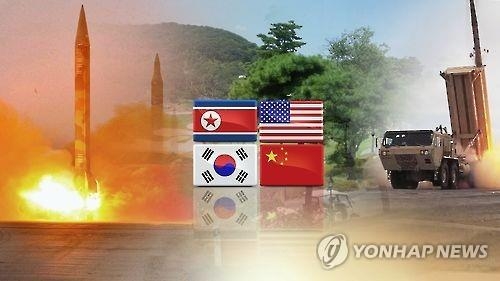