SEOUL, April 21 (Yonhap) -- A higher number of South Korean men are having children after turning 35, with their number nearly doubling over 10 years, a study showed Friday.

The findings were carried in the latest online version of international journal Human Fertility.

The study pointed out that parental age can influence babies' health, education and socio-economic factors in both the short and long term, and while low fertility is not due solely to the aging of the parents, the impact is not negligible.

"Potential parents and policymakers can use this information to time births more appropriately, thereby reducing risks to babies and mothers," it said. 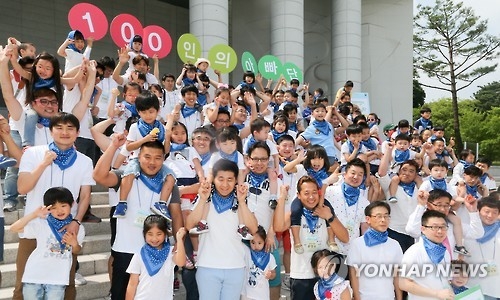