"The Mayor," Park In-jae's second film as writer-director, portrays the human thirst for power behind election campaigns that rely quite a bit on tactics, press collusion and negative ads.

The political drama's main character is Byun Jong-gu (Choi Min-sik), who is running for a third term as Seoul mayor for the first time in the country. He also has the ambition of becoming the next president. 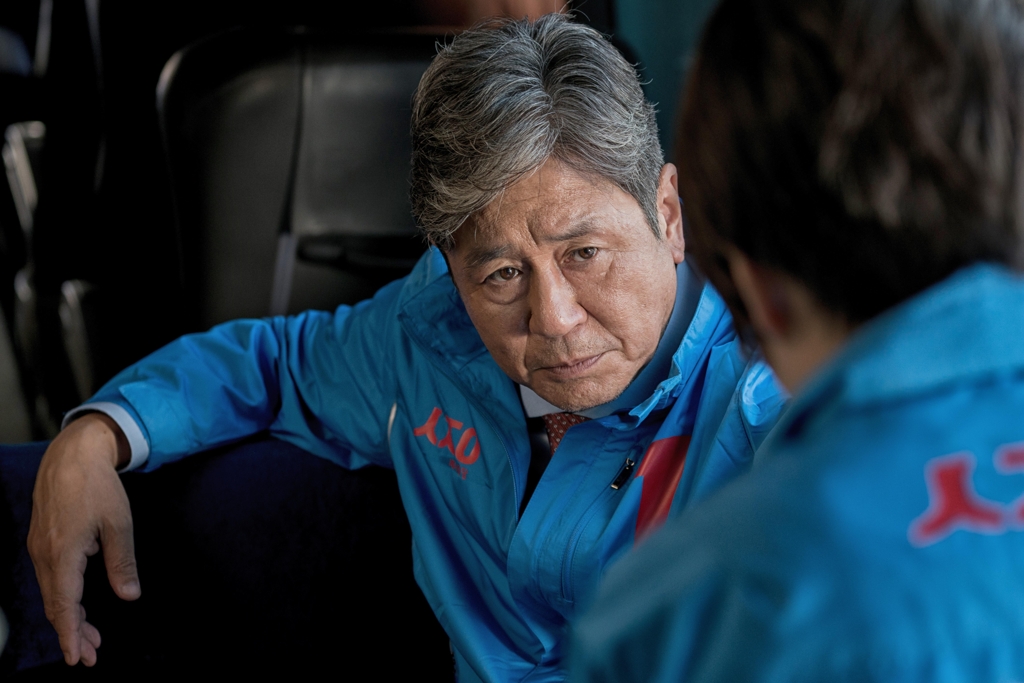 For the campaign, the mayor teams up with his canny campaign manager Shim Hyeok-su (Kwak Do-won), a two-term lawmaker who formerly worked as a prosecutor, and recruits Park Gyeong (Shim Eun-kyung), an up-and-coming advertisement expert.

But what follows is a negative campaign that tries to capitalize on the weak spots of Jong-gu's opponent Yang Jin-ju (Ra Mi-ran). Campaign pledges are nowhere to be found in this bloodless war. The candidates employ all sorts of dirty tactics, including the disclosure of family issues, wiretapping and backdoor deals with a party that appears to have no common ground at all.

The increasingly murkier campaign draws the keen attention of news media. Jeong Jay (Moon So-ri), a political desk reporter at a major television channel, approaches Park Gyeong using their common school background and offers her a secret deal to get a scoop. 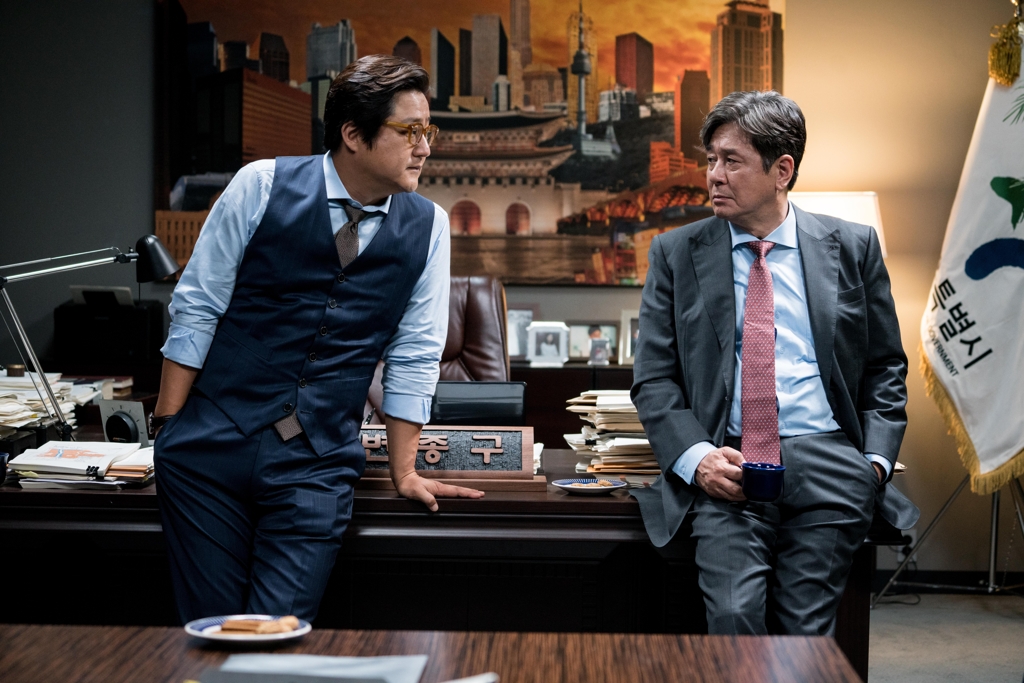 Jong-gu enjoys a comfortable lead in the polls at first but the gap with the runner-up, Jin-ju, gradually narrows following an incident that leads to the worst crisis in his political life. It is fun to watch the two candidates run neck-and-neck as they head into Election Day.

The film's biggest virtue is its realistic and vivid depiction of Korean politics and the election scenes. Choi said during a recent interview for the film that he wrote the address for the scene where Jong-gu declares his candidacy for the mayoral election and delivered an impromptu performance in the intense TV debate scene to make the film feel more real. 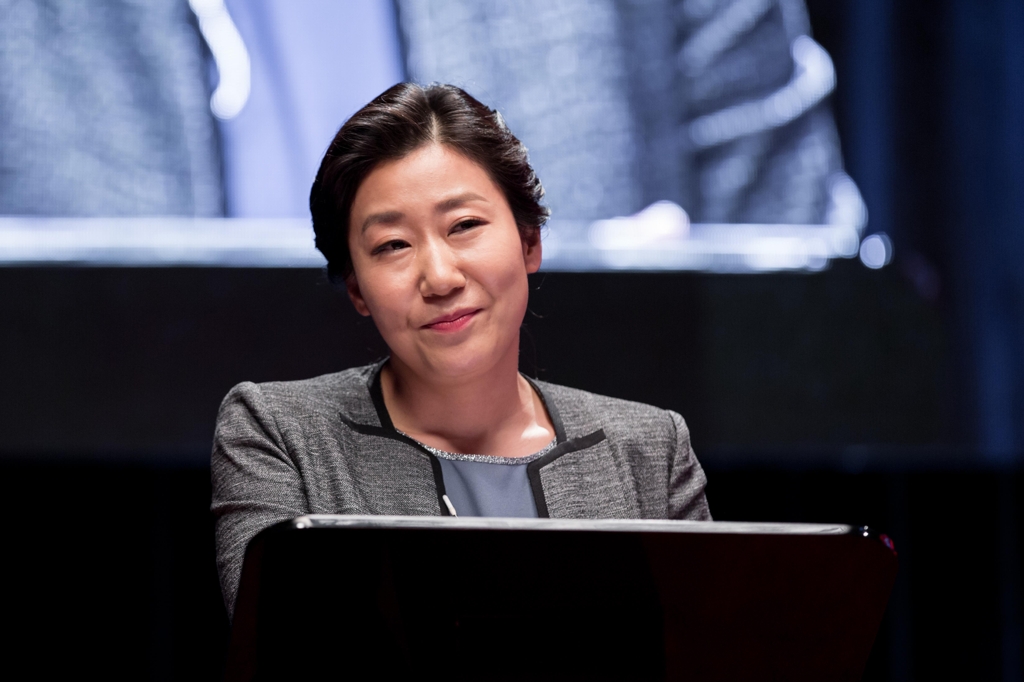 Jong-gu repeatedly says he loves Seoul but, with no doubt, loves power more than the city. It is the deepest, most multilayered politician's character we've yet encountered in local films. "The Mayor" shows all aspects of Jong-gu ranging from inhumane and violent to his more human side as a lonely man sick and tired of the political jungle.

Although the film's protagonist is Jong-gu, audiences see the campaign through the escalating disillusionment of Park Gyeong, the youngest blood in Jong-gu's camp. She dips her foot in what the world-weary campaign head Shim Hyeok-su describes as "waste water," believing it to be a fountain of hope. It's only a matter of time before Park turns from a bright-eyed believer into a freshman mud-slinger, all under the watchful eye of her campaign head. 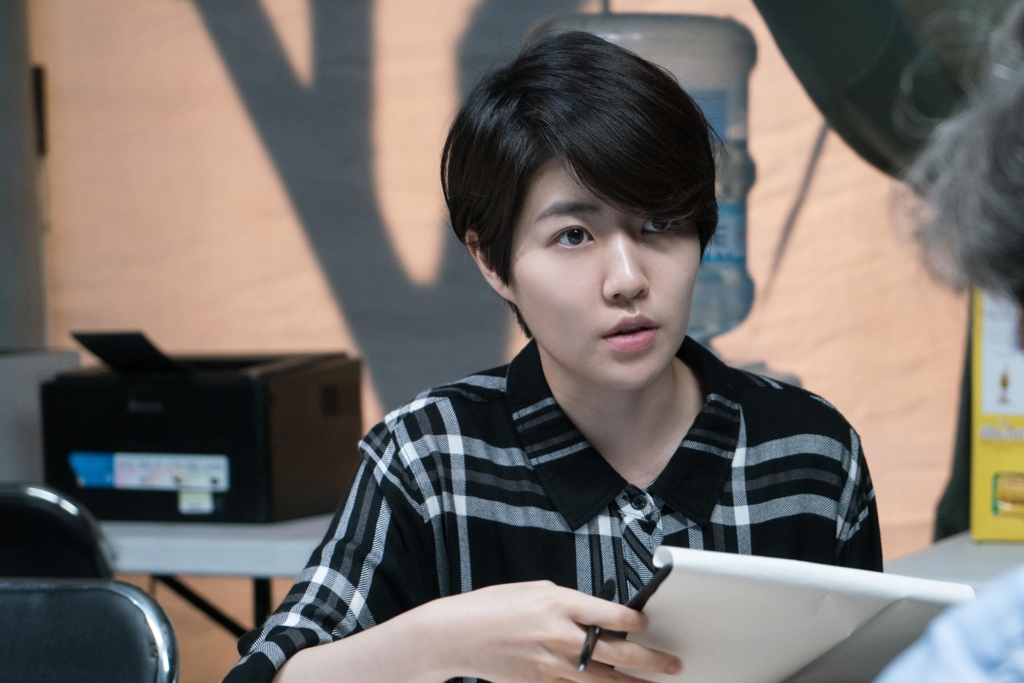 After seeing the bare face of politics and the mayor she once admired, Park decides to leave the scene. What is delivered through her dialogue is the film's clear message that voters should no longer be deceived by politicians like Jong-gu and judge them through voting.

The planned arrival of the rare political drama in local theaters on April 26, two weeks before the May 9 presidential election, is considered very timely in this regard.

(Movie Review) 'The Mayor' tells why we should vote

(Movie Review) 'The Mayor' tells why we should vote