SEOUL, April 21 (Yonhap) -- South Korea's top financial regulator on Friday called for heads of banks to play a "responsible role" in normalizing Daewoo Shipbuilding & Marine Engineering Co., as the bailout plan for the troubled shipbuilder was cleared by its stakeholders.

Zhin Woong-seob, governor of the Financial Supervisory Service (FSS), also asked banks not to aggressively collect debt from shipbuilders and their subcontractors, given their financial strains over a downturn in the shipbuilding industry.

It is the first time that the financial regulator asked for cooperation with banks since June last year, when the government announced a set of plans to restructure the nation's top three shipbuilders. 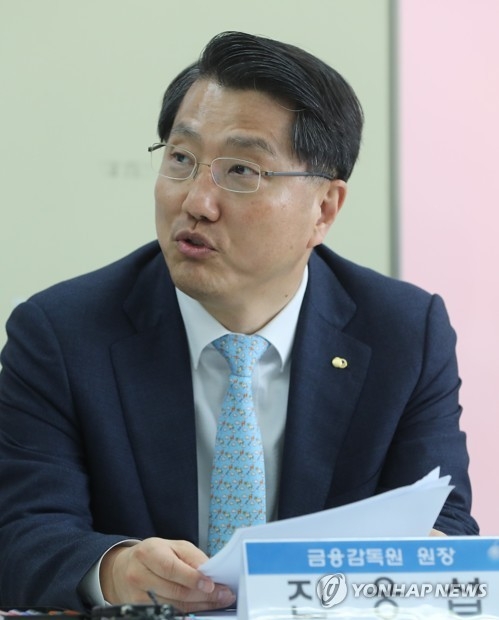 The FSS said in a statement that Zhin asked the heads of 15 banks to play a responsible role and pay attention to business conditions at Daewoo Shipbuilding as shareholders and creditors move to help normalize operations.

After weeks of intense negotiations between creditors and bondholders, the two sides agreed this week on a painful debt-for-equity swap plan to keep Daewoo Shipbuilding afloat.

Daewoo Shipbuilding filed for court approval on Thursday for its debt rescheduling, paving the way for the shipyard to receive a fresh cash injection from its creditors.

With the court approval, expected to be due in two weeks, the world's largest shipyard by order backlog will be able to gain access to fresh financing worth 2.9 trillion won (US$2.54 billion) from creditors led by the state-run Korea Development Bank (KDB).

The lifeline, the second of its kind, will help tide over the shipbuilder suffering from severe liquidity problems over heavy losses in its offshore projects. The injection is expected to be made in early May.
(END)