SEOUL, April 22 (Yonhap) -- Troubled Daewoo Shipbuilding & Marine Engineering Co. has to implement bold self-restructuring efforts and win more shipbuilding deals at reasonable prices in order to stand on its own feet, as its creditors are set to inject another batch of cash into the shipyard soon, analysts said Saturday.

Holders of bonds and commercial papers sold by the shipyard, the world's largest by order backlog, worth 1.55 trillion won (US$1.36 billion) in total, have signed off on a massive debt-for-equity swap deal drawn up by creditors led by the state-run Korea Development Bank (KDB). The arrangement that also includes a delay in debt payments effectively cleared the last hurdle for the cash-hungry shipbuilder to move forward.

With the approval from bondholders for the debt rescheduling, the shipyard will be able to gain access to fresh financing worth 2.9 trillion won from the creditors. 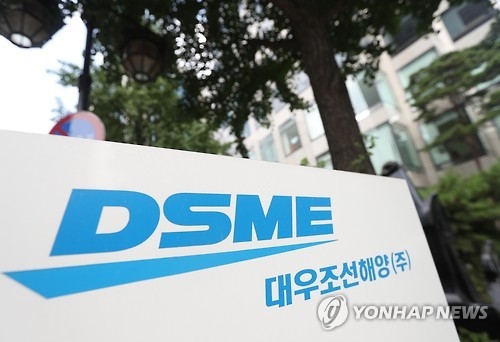 The fresh lifeline, the second of its kind, is expected to help the company that has been suffering from severe liquidity problems over heavy losses in its offshore projects. The injection should be made in early May.

Late last month, the KDB-led creditors announced a fresh rescue package worth 6.7 trillion won for Daewoo Shipbuilding but only if all stakeholders agree to a debt-for-equity swap plan.

Industry watchers said that while the cash is critical for the company, it will nevertheless be pressed hard to implement self-rescue measures, worth 5.3 trillion won, through 2018. It has already sold off noncore assets and cut its workforce, through which it has raised or saved 1.8 trillion won.

For the year, the shipyard aims to cut its costs for workers by 25 percent to 640 billion won. It, moreover, is planning to reduce its workforce to below 9,000 by 2018, and will try to sell more assets.

Winning more shipbuilding deals, among others, is the most crucial for its survival, analysts said.

So far this year, the shipyard has secured $770 million worth of orders and aims to clinch orders worth as much as $5.5 billion.

"The key to its survival is winning more deals, and that's the most important thing (for the shipyard)," said Hong Sung-in, an analyst at the Korea Institute for Industrial Economics and Trade (KIET). 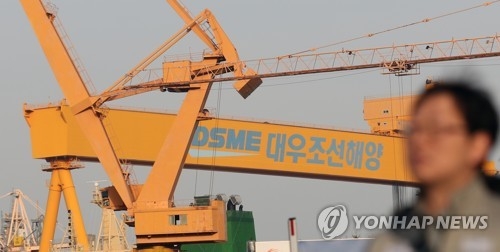 As of end-February, its order backlog stood at some 22 trillion won, or 108 ships, which will keep it busy through 2018. The shipyard plans to deliver 40 ships this year.

The Geoje-based shipyard said earlier that its portfolio will be mostly made up of LNG carriers and other specialty vessels, with the company expecting a business turnaround this year. It said at the end of February among orders secured, 50 ships were LNG-FSRU ships.

Daewoo Shipbuilding completed construction on two drill ships for Sonangol, but it has not received 1 trillion won in payments.

Jung Sung-leep, president of Daewoo Shipbuilding, said earlier the best scenario calls for the delivery of two drill ships to Sonangol after concluding negotiations in the third quarter.

He said Daewoo Shipbuilding is not likely to suffer a big loss on drill ships as its losses from Sonangol were already factored into its bottom line in 2016.

"We will strive to get back to normal by doubling efforts for self-restructuring measures," Jung said earlier this week.