By Chang Dong-woo and Lee Jeong-hyun

SEOUL, April 21 (Yonhap) -- Park Hyung-sik of K-pop group ZE:A said Friday that his newfound success in acting has helped him search his inner self as both an artist and a person.

"I stumbled upon the question 'Who am I' when going through the mechanical motions as an idol musician. But later (through acting), the time came when I was able to seek my sense of inner self," Park said during an interview with Yonhap News Agency in southern Seoul.

The star, who recently appeared in JTBC's hit show "Strong Woman Do Bong-soon" explained he learned it was "important to maintain a sense of one's self after passing through that phase in life." 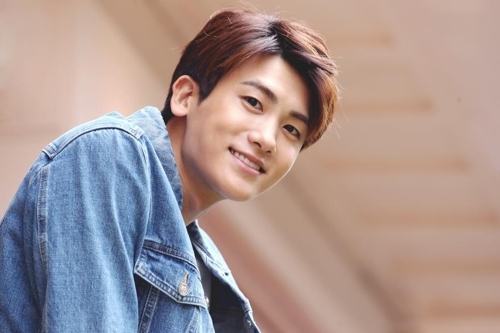 "I think I'm in a stable phase now. My mind isn't wandering any longer."

Idol singers have been dipping their toes in acting for quite some time, but Park is inarguably one of the standout stars among his peers.

Following his music debut in 2010 through ZE:A, the 27-year-old has built up a formidable TV drama resume starting with "Nine: Nine Time Travels" in 2013 to "Do Bong-soon," which recently ended to critical and commercial success.

Park said he felt as if his acting matured from KBS 2TV's period series "Hwarang," where he played the young King Jinheung during the Silla Kingdom (57 B.C.- A.D. 935).

"Before I had difficulty expressing what I had in my head. But since 'Hwarang,' I've got the feeling that I'm moving forward from my past experiences."

"Do Bong-soon" was Park's first main lead in a TV show. Obviously, much of the show's success was hanging on his performance. Park said he heavily relied on fellow lead actress Park Bo-young psychologically.

"During script readings, Park's presence was really huge for me," Park said, adding, "Bo-young was like a teacher to me."

"We became close personally, but I was also amazed by her acting. I learned a lot from her."

Park's work in "Do Bong-soon" earned him the nickname "king of romcom." The star said he wants to try out other genres too.

"I'm pondering trying something with a strong melodramatic story. I also want to act in a show in which close male buddies cuss at each other and get into trouble," Park laughed. 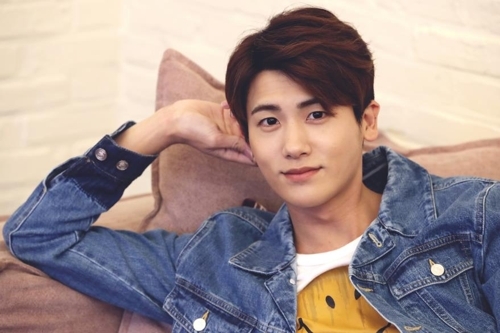