This week alone, a number of North Korean organizations attacked conservative political parties and their presidential candidates in an apparent bid to sway voter sentiment in favor of liberals.

Conservative administrations in the South have typically pursued hardline policies to press Pyongyang to abandon its nuclear weapons program but liberal governments have largely advocated for more engagement with the reclusive state.

On Tuesday, Uriminzokkiri, a North Korean propaganda website targeting South Koreans, claimed the conservatives were scheming to extend their rule by backing Ahn Cheol-soo of the center-left People's Party over Moon Jae-in of the liberal Democratic Party. It called Ahn the "lesser evil" and dismissed the other contenders from the conservative camp as "minnows" neglected and cursed by the public. 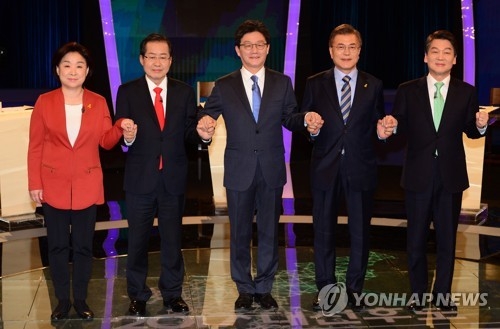 Ahn, who is in a duel with Moon ahead of the May 9 election, seized the opportunity to rally the conservative vote. On the stump in Daegu, a conservative stronghold, the former software mogul claimed the North Korean regime of Kim Jong-un was "afraid" he would take power because of his strong commitment to national defense.

Inter-Korean relations deteriorated to their worst level in years under the successive administrations of former Presidents Lee Myung-bak and Park. Lee slapped comprehensive sanctions on the unruly regime following the North's deadly sinking of a South Korean warship and attack on a border island in 2010. Park shut down a joint industrial complex in the North's border city of Kaesong, which served as the last remaining symbol of cross-border reconciliation.

South Korea's Ministry of Unification, which handles inter-Korean affairs, urged Pyongyang to stop intervening in the election, saying the communist nation has been trying to drive a wedge among voters.

"It is nothing new that North Korea is trying to interfere in South Korean politics," Lee Duk-haeng, a ministry spokesman, said Wednesday. "North Korea should stop its anachronistic behavior." 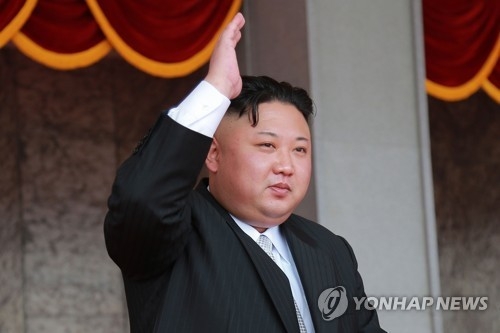 Cheong Seong-chang, a senior research fellow at the private think tank Sejong Institute, noted that while Pyongyang's smear campaigns go back a while, the snap election on May 9 has become a new focus for the regime's propaganda machine.

"When there is a presidential election, North Korea naturally criticizes conservative candidates in an attempt to get a figure who is friendly or relatively less hostile to the North elected," he said.

But the regime will never openly support a candidate.

"For North Korea, it goes against their logic and system of absolute power to encourage support for anyone other than Kim Jong-un," he said.

Yoo Dong-ryul, head of the private far-right Korea Institute of Liberal Democracy, claimed in a press conference this week that the North has mobilized some 160 pro-North websites to intervene in the election.

The communist state uses both offline and online channels to give orders to pro-North forces in South Korea to manipulate voter sentiment. It also posts on social networking services such as Twitter, Facebook and YouTube, he said.