SEOUL, April 21 (Yonhap) -- Samsung Electronics Co. said Friday a renowned South Korean baker has joined the list of chefs providing one of the world's leading consumer electronics manufacturer with insight and expertise for the development of innovative products.

The Samsung Club des Chefs was launched in 2013 with the participation of visionary chefs from around the world to contribute their unique insight and fresh ideas.

The master baker, who took over from his father in 2007, owns one of the top three bakeries in Seoul.

Samsung also maintains business ties with the Culinary Institute of America (CIA) in New York and the French School of Culinary Arts (FERRANDI) for the development of innovative home appliances. 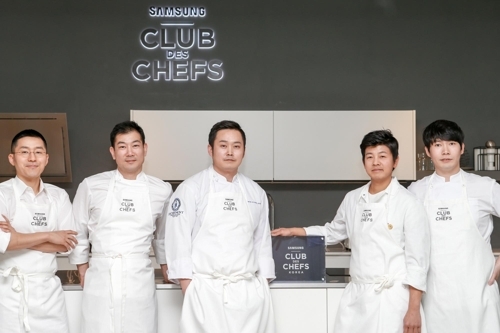