"The (South Korean) government expresses deep concerns and disappointment over the leading Japanese government and parliamentary members' offering and visit to Yasukuni Shrine, which glorifies Japan's colonial exploitation and war of aggression in the past," the Ministry of Foreign Affairs said in a brief press release.

"A responsible political leader in Japan should face up to history and show a humble reflection and sincere repentance through action." 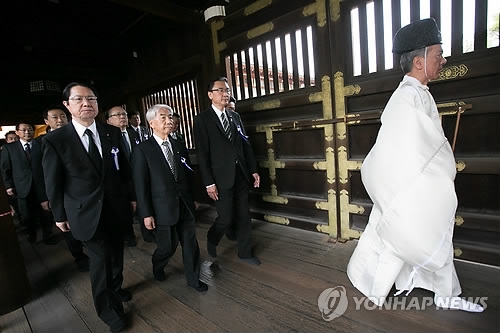 The Tokyo shrine honors 14 Class-A war criminals from Japan's imperialistic era among millions of Japanese people who died in service for the country.

Japanese politicians' visits to the shrine have been met with angry reactions from South Korea and China, which view the temple as a key symbol of Japan's militaristic past.