Net profit for the three months ending March 31 came to 437.7 billion won (US$386 million) on a consolidated basis, compared to 377.7 billion won a year earlier, the lender said in a regulatory filing.

The figure includes earnings of its non-bank affiliates.

On a standalone basis, the bank saw its net profit rise 12.1 percent on-year to reach 403.5 billion won in the first quarter.

IBK said it earned 44.5 billion won from the sale of its 3.4-percent stake in E-Mart, South Korea's largest discount store outlet by sales.

Its net interest margin, a key measure of profitability, reach 1.92 percent in the first quarter, up 0.01 percentage point from a year earlier.

The lender, which specializes in supporting small and medium-sized enterprises, saw its outstanding loans to such firms reach 137.3 trillion won as of end of March, up 2.1 percent from December.

The earnings results were released after the stock market closed. 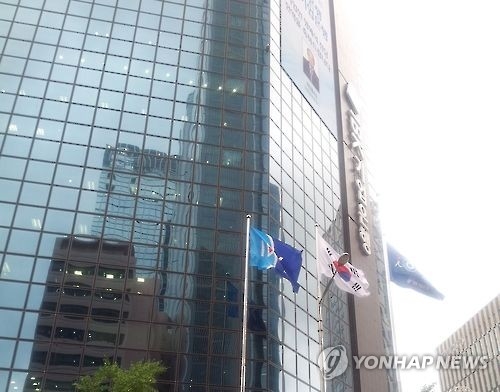