The Y-Farm Expo, jointly hosted by Yonhap and the Ministry of Agriculture, Food and Rural Affairs, is scheduled to kick off next Friday for a three-day run in southern Seoul, and will offer hands-on experiences and information for those considering a move to provincial areas.

The hosting of the expo is in line with new lifestyle changes in South Korea where more and more urbanites are choosing to leave the bustling city and move to the countryside, commonly referred to here as the "return-to-farm movement." 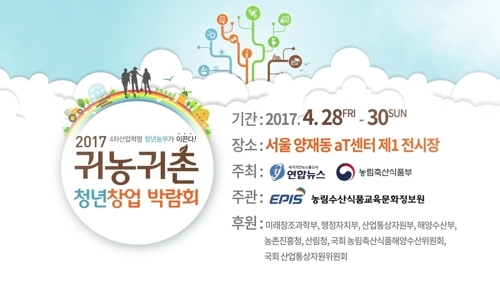 These newcomers, mostly either retirees or younger families, usually farm to make a living, but many newcomers have faced tough challenges since they have not created a thorough strategy before embracing rural living.

The expo aims to provide assistance and expertise to prepare people to earn a living in the countryside while promoting the kind of lifestyle that will give a boost to regional economies affected by a drawn-out slowdown and decline in the population, the news agency said.

This year, the Y-Farm expo will introduce cutting-edge farming techniques incorporating information and communications technology (ICT) skills supported by related industries, such as a farming machine simulator and drone robots designed to help with farm work.

With the participation of 85 provincial governments, the expo will have consultation booths by region for younger visitors who will be able to have a one-on-one mentoring service with officials and experts on their plans and ideas. 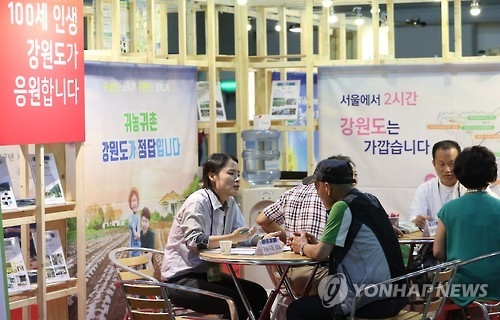 Another exhibition hall will display "Smart Farming" in a series of different case models for an evolved version of cultivation using Internet-of-Things (IoT) technology and other smart devices.

On the first day of the expo, special lectures by industry professionals will be held, followed by presentations by urbanite-turned-rural dwellers sharing their successful return-to-farm stories.

The venue will also have an awards ceremony for successful farming startups and government officials in recognition of their achievements. 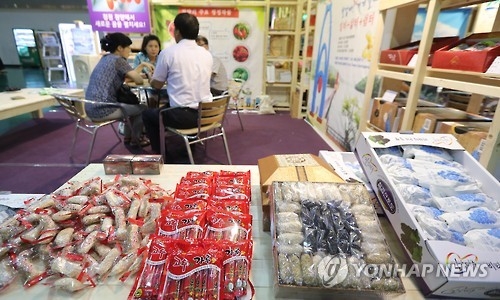