SEOUL, April 21 (Yonhap) -- Late artist Park Ko-suk (1917-2002) loved hiking. According to his wife Kim Sun-ja, Park was as much a professional climber as he was a painter. In 1972, he had to be rescued after being stuck deep in a mountain amid heavy snow. Seven years later, he fell from a cliff, injuring his spine.

Not only physically being in mountains, Park started capturing their beauty and imposing posture on canvas.

During his 1986 solo exhibition at Hyundai Hwarang, the artist said, "Truth can be found in your daily life and mountains are the most attractive truth that I can find near me and connect to." 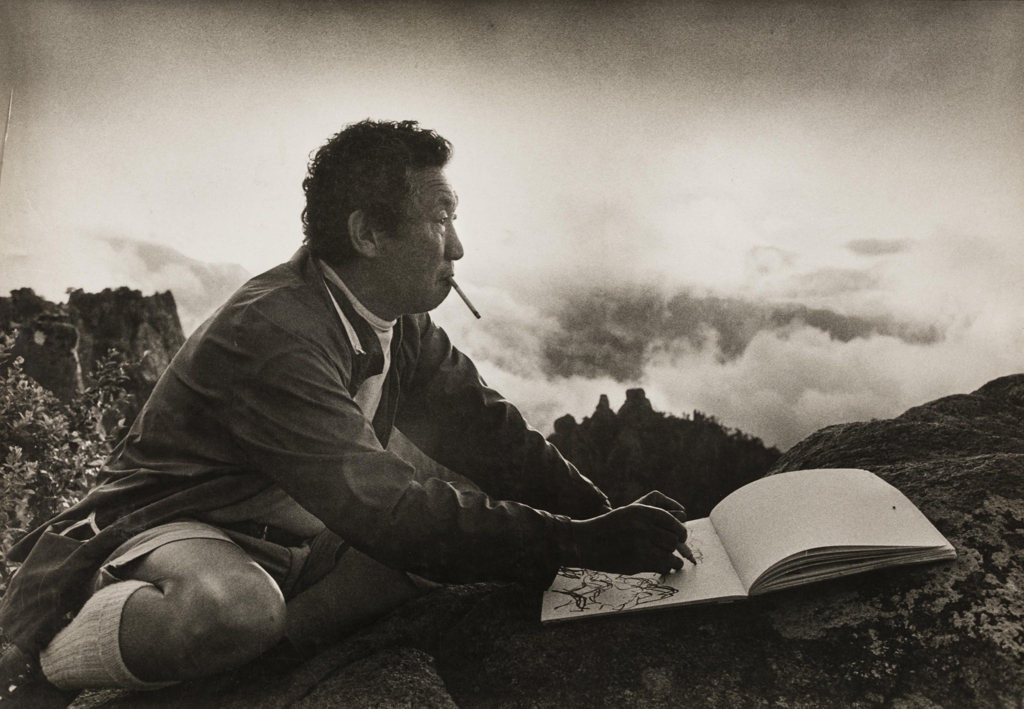 The same gallery will open the exhibition "Park Ko-suk and Mountains" on April 25 to mark the centennial anniversary of his birth. For the commemorative exhibit, his family and the gallery tried very hard to put together his oil paintings -- some 50 pieces -- that are mostly in private collections.

"When it comes to art related to Korean mountains, I can only think of Park Ko-suk and Yoo Young-guk," said Park Myung-ja, president of the gallery, during a press briefing at the gallery on Friday.

"One time I visited his studio and was surprised to see him stand up and paint in his hiking shoes. I guess he felt he could better express the powerful energy of a mountain by doing so," said Park, who runs Korea's oldest gallery and had known the late painter for decades before he passed away.

Art professor and critic Seo Seong-rok said Park still remains largely unknown and more academic research should be done about his art world and his life.

"I think he is overshadowed by some artists whose works have received huge attention lately. We need to shed more light on expressionists like Park," Seo said, referring to the rise of Dansaekhwa, the monochrome painting style that seeks more simplistic, abstract forms and styles. 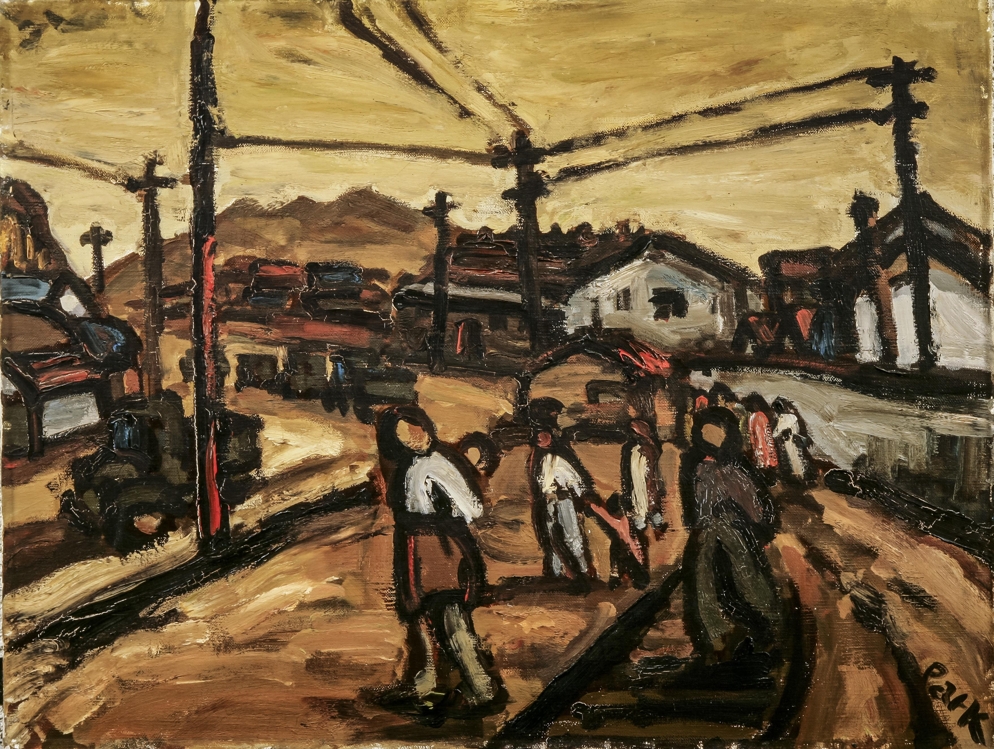 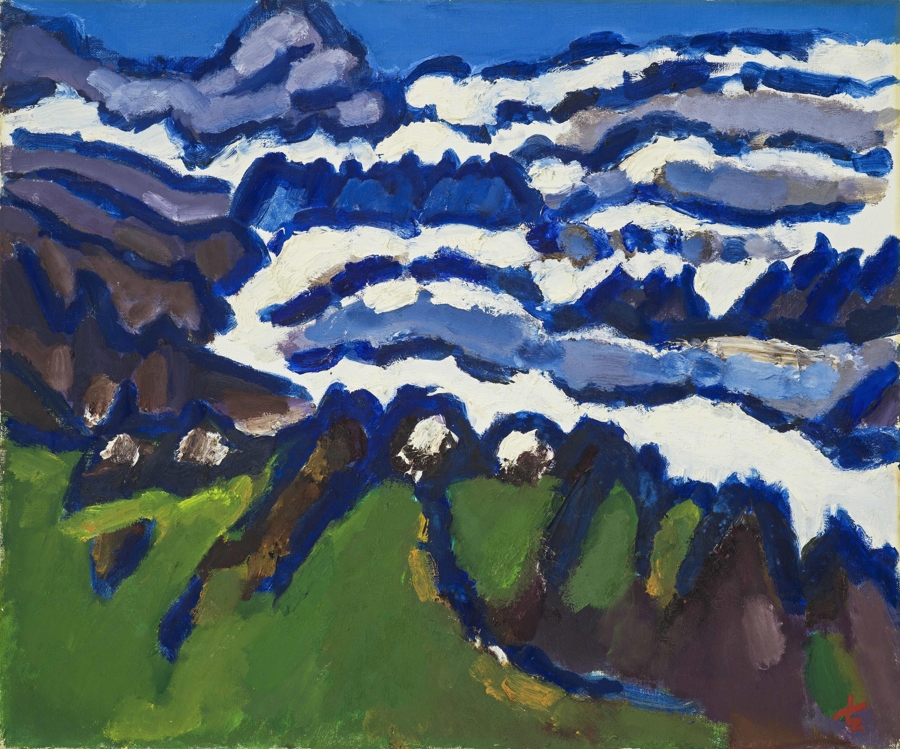 Born in the North Korean capital city of Pyongyang, he went to Tokyo to study art in 1935 when Korea was still occupied by Japan. He came back to Korea when the country was liberated in 1945. He then moved to Busan in 1951, a year after the Korean War broke out.

In 1957, he established the Modern Art Association with fellow artists including Han Mook, Hwang Yeom-soo, Lee Kyu-sang and Yoo Young-guk, all of them leaving an indelible imprint in Korea's modern art history. Since the late '60s, he fell in love with mountain climbing and embarked on his life-time dedication of expressing Korean mountains.

Mountains in his paintings give out positive, strong energy through the intense color contrast and thick application of oil paints. The subject matter was not something he observed but something he actually became part of.

"I am always near mountains and sometime I see them. What I mean by 'seeing them' is I meet the mountain's contrasts, lights and shapes in a dramatic manner. A mountain I see is a mountain that comes into my mind," he once said, according to the gallery.

Seo, the critic, said Park's attachment to mountains might mean that he saw something unchangeable in them while living through Korea's tumultuous modern history.

The exhibition runs through May 23. 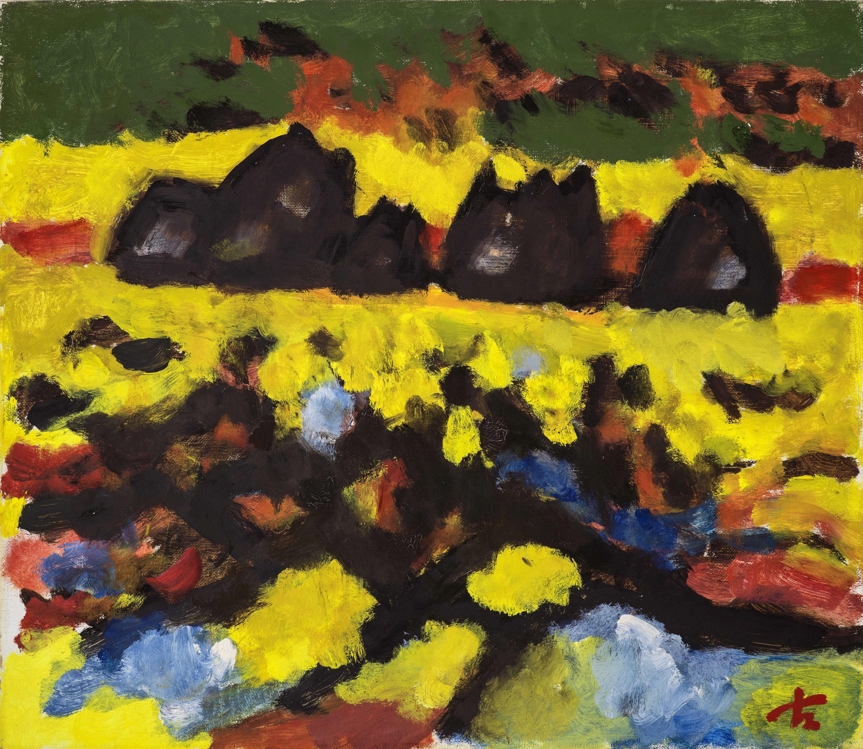