SEOUL, April 21 (Yonhap) -- Shim Eun-kyung, the lead actress of the election film "The Mayor," said on Friday she is watching all candidates with hawk eyes, waiting for her first chance to vote in a presidential election.

It's a coincidence that the political flick is set to premiere on Wednesday in the middle of the country's presidential race. South Korea is to pick a new president on May 9 following the ouster and arrest of the scandal-hit former President Park Geun-hye.

"I feel calm ahead of the election," said the actress, who turns 23 next month, during an interview with Yonhap News Agency at a Seoul cafe. "I think it's important to set up my own standards for making a judgment, quietly watching the current political situations and how the presidential election goes." 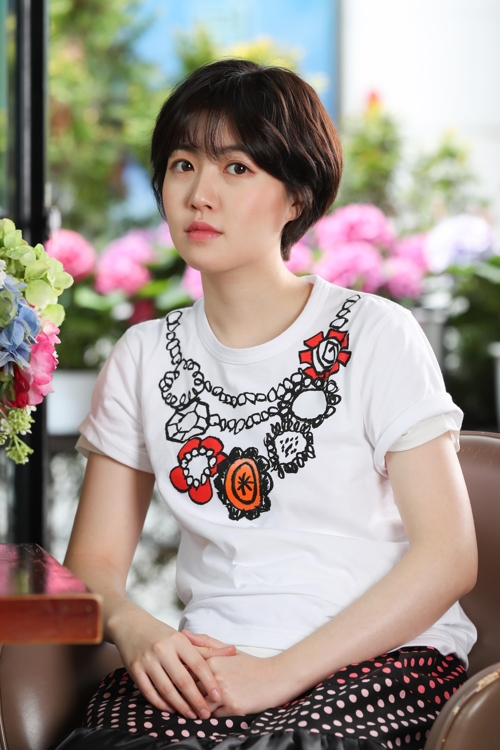 The movie helmed by Park In-jae of "Moby Dick" (2011) tells the story of Seoul Mayor Byun Jong-gu who is running for a third term in office for the first time in the country.

In "The Mayor," which portrays human desire for power behind election campaigns fraught with betrayal, conspiracy and mudslinging, Shim played Park Gyeong, an up-and-coming advertisement expert recruited by the mayor for his campaign.

Shim said she can confidently say it's a serious film that conveys a good message but is not sure whether her performance was good enough.

"I filmed it so intensely that I lost my sense of judgment," she said, confiding that she constantly felt pressure from the character's increasing weight after the second half of the film.

That's because the audience is supposed to see the film through the eyes of Park Gyeong, the youngest in Jong-gu's camp who gradually becomes disillusioned with politics. She can represent many young voters in real life, the actress explained.

And she says that was the reason for her long hesitation before taking the offer to be in the film, which she described as a "fortune."

"I was only 22 at that time. So, I was not sure if I could carry the role that is older than my age," she recalled. "When I told the director about my worries, he answered that he wants to draw out of me Park Gyeong's belief and dreams about politics as a political novice and her anguish after realizing the disparity between the ideal and the reality. His words came as a great relief to me." 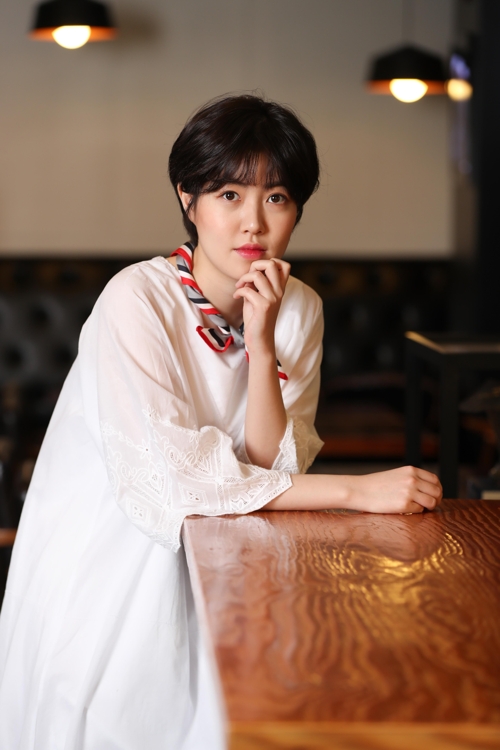 She praised him as a "perfect" actor who is always focused on his character while filming.

"He never belittles even minor scenes," she said. "I'm still curious where his power of concentration comes from... I think I can never be like him. I respect him so much."

Debuting as a child actor, Shim has already appeared in so many films for her age. Some of her best known titles are "Sunny," "Miss Granny" and "Fabricated City."

Earlier this month, she signed a management deal with Japan's Humanite Co., to make a foray into the overseas market.

"I've longed for a chance to advance to Japan since my early years in the job. Things went more quickly than I thought, so I thank a lot for this."

The actress says she is now learning to speak Japanese, waiting for a chance to be in Japanese films.

She then concluded the interview by saying what type of actress she wants to be in the future.

"I just want to be a person who appears in many interesting films."