SEOUL, April 21 (Yonhap) -- K-pop singer-songwriter IU on Friday expressed confidence in her new album "Palette" and thanked fans for pushing her pre-released song to No. 1 on music charts despite zero promotional activities.

"I had no idea that the pre-released song would be loved this much. I'm so happy that 'Through The Night' reached No. 1 on the music charts even without publicity," IU told reporters at a media event held at the Shinhan Card FAN Square in northern Seoul. 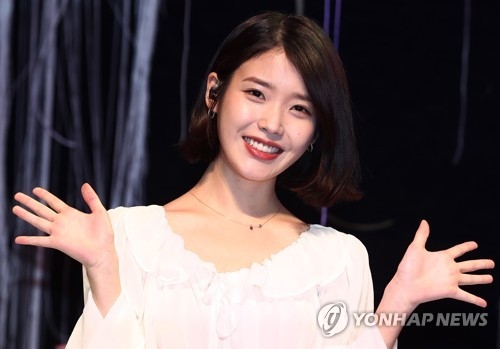 The 25-year-old singer explained that she didn't want to restrict herself to a particular style or genre, hence naming the album "Palette," a term for a wooden board used for mixing colors for painting.

"A palette holds a variety of colors. During art class in elementary school, I was always more fond of the palette as opposed to the painting I was making."

She added, "This album was first started from the idea that as much as a palette is a tool, it could also be the artwork itself."

IU also said she was confident that the latest album has the best written songs so far in her career.

Kim Soo-hyun, star of hit South Korean drama "My Love From the Star," appears in the music video for "Ending Scene" together with IU. The two stars together appeared in the 2011 KBS 2TV drama "Dream High" and also on "Producer" on the same network in 2015, and are reportedly close friends. 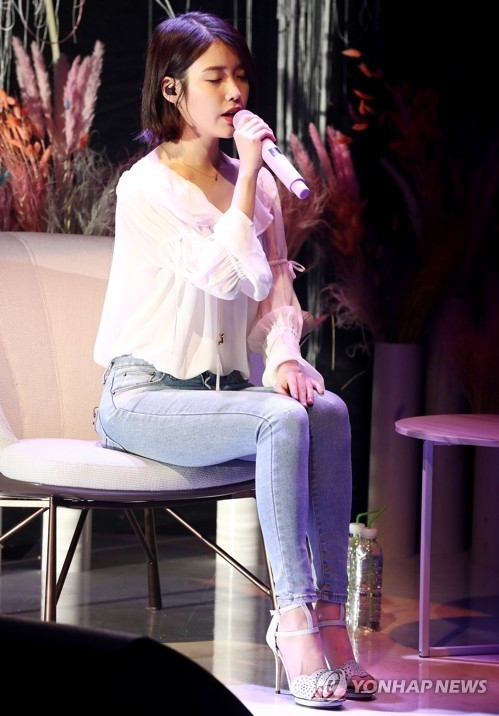