SEOUL, April 28 (Yonhap) -- The International Hydrographic Organization (IHO), agreed Friday to form an unofficial consultation group to discuss South Korea's proposal to use "East Sea" alongside "Sea of Japan" when referring to the waters between the two countries, Seoul officials said.

The decision was made on the last day of the global hydrography standard-setter's five-day assembly in Monaco. It calls for the formation of the consultation group of concerned countries, namely South Korea, Japan and others, to carry out a three-year discussion on the revision of the IHO's "Limits of Oceans and Seas", also known as S-23, according to the Ministry of Foreign Affairs.

The group is required to report the results to an IHO assembly in 2020.

The sea chart, used as the standard for world map production, currently uses the Japanese name for the sea between the two countries.

South Korea began diplomatic efforts to revise it in the early 2000s. The IHO had dropped the initial revision discussion in 2012 amid broiling tension between Seoul and Tokyo.

Following the latest decision, the IHO is likely to table the S-23's revision for approval in its assembly in 2020.

The sea name issue is one of many recurring sources of diplomatic tension between South Korea Japan. Seoul says both names should be juxtaposed on maps because the term East Sea is the oldest name, used for more than 2,000 years.

"Despite the previous decision in the 2012 IHO plenary meeting not to take any additional action on the revision of the S-23, our government's purpose for this assembly was to rekindle the IHO discussion on using the East Sea name also," the ministry said in a statement.

"In that sense, it is big progress to have laid out the framework for discussion for the purpose of using the East Sea term as well." 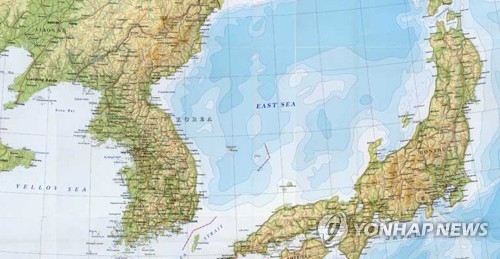