SEOUL, May 7 (Yonhap) -- Exports of oil and related goods to China increased 2.6 percent in the first quarter of 2017 from a year earlier in the face of an ongoing diplomatic tussle over the deployment of an advanced U.S. missile defense system in South Korea. industry data showed Sunday.

In terms of value, exports of oil and related goods reached US$1.32 billion in the first quarter of the year, sharply up from $784 million a year earlier, the data showed.

The sharp rise in exports by value was mainly attributed to a jump in global oil prices, the data showed.

The steady rise in petroleum exports to the neighbor is mainly because of a supply shortage in China.

China has taken a number of economic retaliatory measures, including restrictions on South Korean imports and Chinese tours to the country, as Seoul refused to give in to Chinese pressure to scrap the decision to host THAAD.

Meanwhile, overall petroleum exports reached an all-time high in the first three months of the year on firm demand and higher oil prices.

In terms of volume, the tally marks the highest for any first quarter, the data showed.

Given the current trend of rising oil prices and firm demand, exports of oil and related goods by the refiners may exceed $30 billion this year, the association said. 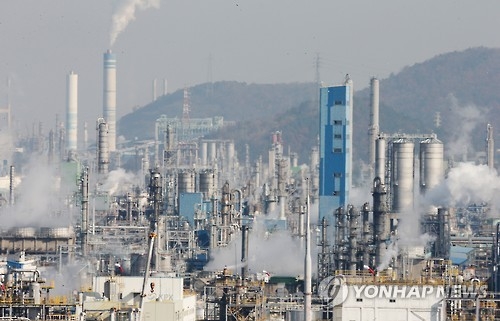 Petroleum exports to China rise in Q1 despite THAAD row

Petroleum exports to China rise in Q1 despite THAAD row